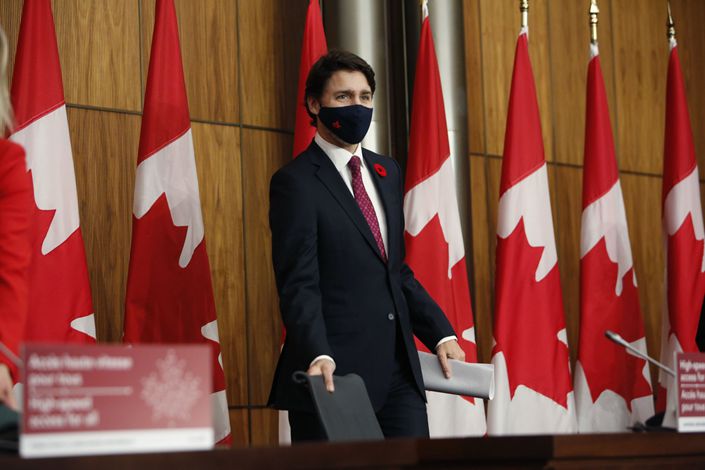 The non-binding motion, put forward by the opposition Conservatives, also urges the government to establish a strategy to combat China’s increased spying activity and intimidation of Canadians. It passed in the Ottawa legislature Wednesday by a vote of 179 to 146, with the support of some members of Trudeau’s own Liberal Party.

The symbolic move comes with relations between the two countries severely strained by the 2018 arrest of a top Huawei executive in Vancouver on a U.S. extradition request, and Beijing’s subsequent jailing of two Canadians. Tensions have flared anew in recent months over Hong Kong and China’s alleged persecution of its Uygur Muslim minority.

Lawmakers pressed Trudeau, whose father established diplomatic ties with China 50 years ago, to draft an anti-spying plan based on Australia’s model.

Canada is the only member of the Five Eyes intelligence alliance of English-speaking nations that has yet to ban the Chinese state-championed company from its 5G network. The U.S., U.K., Australia and New Zealand have all blocked the Shenzhen-based firm over national-security concerns.