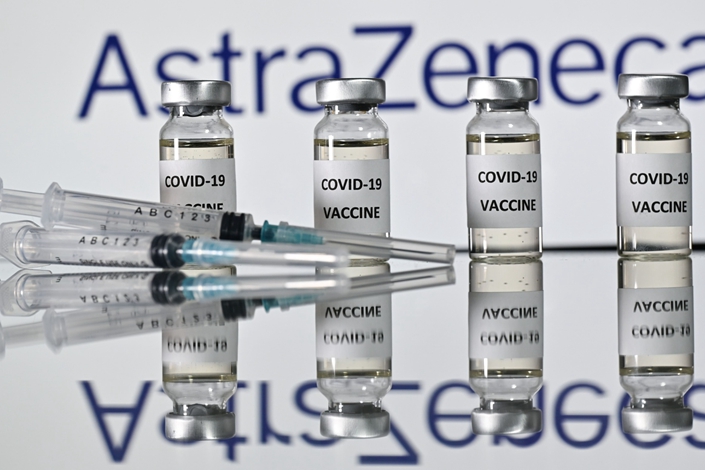 (Bloomberg) — A Covid-19 vaccine developed by the University of Oxford and AstraZeneca PLC prevented a majority of people from getting the disease in a large trial, another promising development in the quest to end the pandemic, and the rollout could begin next month.

The vaccine stopped an average of 70% of participants from falling ill, an early analysis of the data show. The effectiveness rose to 90% for one of two regimens, using half a dose followed by a full one later, close to the high bar set by Pfizer Inc. and Moderna Inc.

Astra and Oxford officials said they’re preparing to submit the findings to regulators and don’t expect the different outcomes in the study to affect the process. The U.S. could potentially take longer to sign off because a clinical trial in that country will need more time before it delivers results.

“Our goal was to make sure we can have a vaccine that is accessible everywhere,” Andrew Pollard, who is leading the Astra-Oxford trials, said Monday at a press briefing. “I think we have actually managed to do that.”

The results, based on trials in the U.K. and Brazil, were reviewed after 131 participants contracted Covid-19. The full two doses showed an efficacy of 62%. Among those who received the vaccine, there were no severe cases and no participants were hospitalized. The group is planning to submit the data for peer review in the next 24 hours.

Astra shares dropped as much as 4.2% in London, losing ground after some analysts questioned the data, including the fact that the subset of the trial showing 90% efficacy included fewer patients. The stock is still up about 30% since mid-March, but Moderna and Pfizer shares surged when they reported their results.

Ruud Dobber, head of Astra’s biopharmaceuticals business, said in an interview with Bloomberg Television that it’s too early to speculate about how regulators will react.

The larger U.S. Astra trial, which could be key for approval there, has injected about 10,500 people with both doses. Mene Pangalos, Astra’s head of biopharma research, told reporters the team is planning to talk to the U.S. Food and Drug Administration immediately and hopes to have another arm administering the half dose-full dose regimen starting within weeks.

“That scenario is possible,” that other regulators could move before the U.S., he said. “We need to share the data with the FDA, which we will do very quickly, and then we will work out what the most appropriate steps are.”

Despite the apparently lower efficacy than shots from Pfizer and Moderna, which each prevented about 95% of cases, the British vaccine has some advantages. Their shot can be kept at refrigerator temperatures, while those from Pfizer and Moderna, based on novel messenger RNA technology, require freezing for longer-term storage and transport. That would make Astra’s easier to deploy globally, particularly in lower- and middle-income countries. It also comes at a lower cost.

The Astra-Oxford team cautioned against comparing the efficacy levels of the vaccines too closely at this stage. Pam Cheng, who runs Astra’s global operations and is overseeing the manufacturing of the vaccine, said the half dose-full dose regimen shouldn’t affect global production or supplies of the shot, other than to potentially increase the number of doses available.

The differing results of the two regimens may leave questions about the best way to give the AstraZeneca shot. Analysts at Barclays PLC had put consensus expectations for what would be deemed a success from AstraZeneca at 70% to 90%, following conversations with investors in Europe and the U.S.

AstraZeneca said it will immediately prepare to submit data to authorities around the world that have a framework in place for early approval. The company said it will seek an emergency use listing from the World Health Organization for an accelerated pathway to vaccine availability in low-income countries.

Vaccine developers will not know how long any protection lasts for a number of months as they monitor antibody levels to see how quickly they fade. U.K. and European Union regulators are conducting accelerated reviews of the results from both Astra and Pfizer, which has applied for an emergency use authorization in the U.S.

Astra and Oxford have been among the fastest-moving vaccine developers. After years spent working on a vaccine against Covid’s relation Middle East Respiratory Syndrome, Oxford’s scientists had an advantage that allowed them to move quickly to create a shot.

“I have little doubt that this vaccine is going to have a big impact globally,” Astra’s Pangalos said.