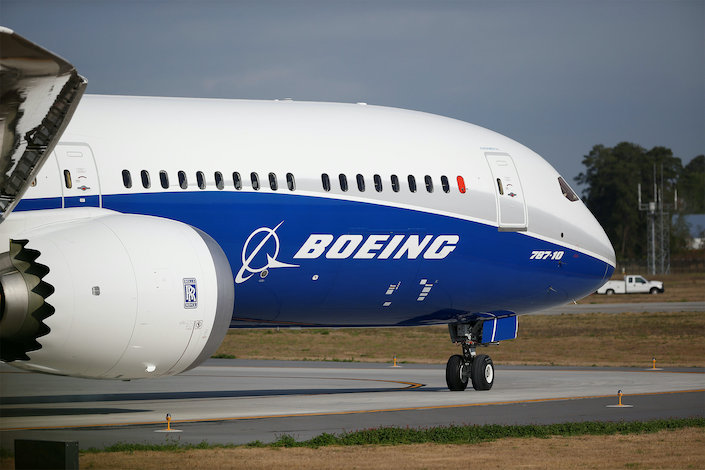 China was the first country to ground the 737 Max jet in May 2019 after two fatal crashes killed a total of 346 people in Ethiopia and Indonesia.

Boeing Co. is actively consulting with Chinese regulators and airlines as the American aviation giant seeks approval for getting its 737 Max jetliner back into the air after a nearly 20-month hiatus.

The Chicago-based company is working closely with global regulators including the Civil Aviation Administration of China (CAAC) to ensure the safe comeback of the 737 Max to the global aviation fleet, said Wang Yukui, vice director of Boeing China’s communications department.

Boeing is pushing for the global return of the jetliner following recent support from regulators in the U.S. and Europe. China, with 97 of the 737 Max planes in operation before the suspension, has the largest 737 Max fleet after the U.S. and is a key market for determining the aircraft’s comeback.

“The return is still pending a final decision by the CAAC,” one Chinese airline executive said. Airline companies will be willing to accept the aircraft once the safety issues are cleared, the executive said.

China was the first country to ground the 737 Max jet in May 2019 after two fatal crashes killed a total of 346 people in Ethiopia and Indonesia. U.S. congressional investigators concluded in September that failures by Boeing engineers, deception by the company and significant errors in government oversight led to the two crashes.

China’s civil aviation regulator in October said the issue of the grounded Max jetliner was “high on our minds” but there was no clear timetable for the aircraft to resume service.

Earlier this month, the U.S. Federal Aviation Administration cleared the 737 Max to fly again in the U.S. with an extensive package of fixes, setting the stage for other regulators to allow airlines worldwide to resume passenger service using the plane. U.S. airlines are expected to fly the 737 Max as soon as late December.

Europe’s aviation safety regulator this week granted tentative approval for the 737 Max, laying out changes required before the aircraft can return to service. The move triggers a 28-day public consultation, putting the Max on track for final clearance by early 2021.

CAAC director Feng Zhenglin said in October that three criteria need to be met before China allows the Max to fly again. Any change of design needs to be approved, pilot training must be comprehensive and the conclusions of investigations into the two accidents involving the plane need to be clear and improvement measures effective.

The Covid-19 pandemic that sharply slashed international travel may also hinder the return of 737 Max, analysts said. China has dramatically cut the number of international flights since early this year to contain imported infections.

With declining international services, airlines have put most large aircraft into service on domestic routes, reducing demand for more wide-body aircraft like the 737 Max, the airline executive said.