By Ye Zhanqi and Timmy Shen 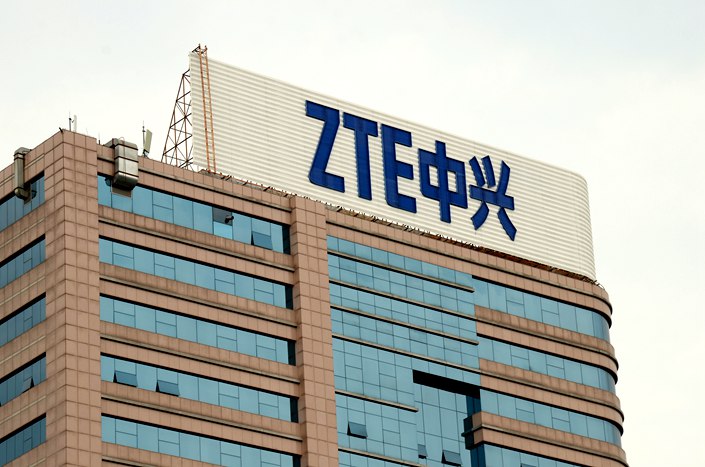 ZTE’s offices in Beijing on Sept. 1.

Chinese telecom giant ZTE Corp. has announced plans to raise billions of yuan to fund its 5G chip development projects and replenish its capital, but stock market regulators are questioning whether this is necessary.

ZTE announced (link in Chinese) on Nov. 17 its plan to raise 2.6 billion yuan from up to 35 investors in private share sales. About half of the proceeds will be used for the development of 5G chips and the other half will be used to replenish liquidity, the company said.

ZTE plans to fund the deal by issuing new shares and selling them to the two companies. This complex deal has also drawn the attention of the bourse.

In response to the complex deal, the Shenzhen Stock Exchange asked ZTE to disclose the shareholding structures of Hengjian Xinxin and Huitong Rongxin and explain if ZTE or its associates helped fund their equity acquisition deal with Renxing.

Upon completion of the deals, Hengjian Xinxin will hold 0.97% stake in ZTE, while Huitong Rongxin will have a 1.75% holding in ZTE, according to ZTE’s filing with the bourse.

ZTE is supposed to respond to the bourses’ inquiries by Dec. 1.

Meanwhile this week, ZTE has faced difficulties overseas. The U.S. Federal Communications Commission (FCC) affirmed its decision to designate ZTE as a national security threat over concerns that telecommunications gear made by the Chinese company could be used for spying.

Such a move reflects the U.S. telecom regulator’s goal of driving ZTE and Huawei Technologies Co. Ltd. from the country’s market.