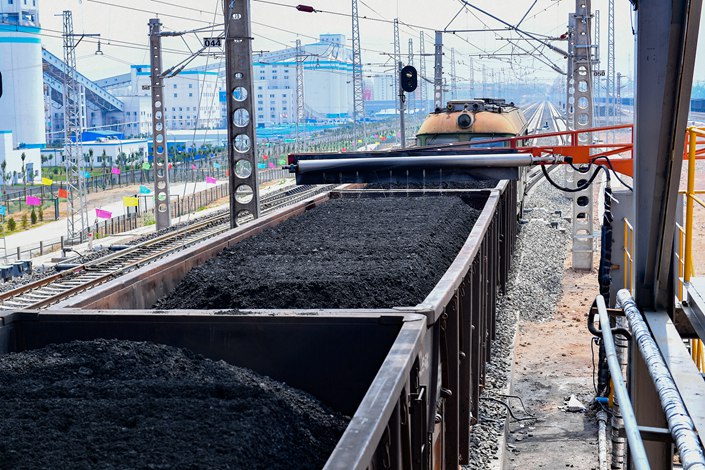 If China hopes to meet its long-term carbon neutrality pledge, it needs to stop building coal power stations, set binding targets for polluting industries, and slash the fuel’s proportion of its energy mix by over one-sixth by 2025.

So say influential Chinese researchers who spoke at an industrial conference on the country’s energy transition on Tuesday in Beijing.

The combustible black rock supplied 57.7% of the country’s energy last year, down from a peak of 67.4% in 2013, according to the National Bureau of Statistics.

That needs to be cut to 48% by 2025 to meet President Xi Jinping’s goal of achieving carbon neutrality before 2060, said Yang Fuqiang, a senior consultant at Natural Resources Defense Council, an environmental group.

While the proportion has been trending down as China slowly transitions to cleaner energy sources, the country’s actual coal consumption has increased along with its growing energy needs, and plenty more capacity is on the way.

Data provided by Yuan Jiahai, a professor in North China Electric Power University, showed China had a combined 1.06 billion kilowatts of coal-fired capacity by the end of June this year, representing half of the country’s total power capacity, with another 400 million kilowatts of construction in the pipeline.

“This will far exceed the emission budget set to achieve carbon neutrality in 2060,” said Yuan. He suggested the country should approve no new coal power projects for the next five years.

The world’s second-largest economy produced 28% of global carbon dioxide emissions last year, according to a report by the Global Carbon Project. Following Xi’s speech in September, the country’s top climate change advisor Xie Zhenhua said the country would “do more” to reduce greenhouse gas emissions by 2050.

In order to meet that audacious target, the government should set “binding” coal-consumption targets for energy-consuming sectors like power and steel, said Yang, and suggested that the two sectors should together aim to consume 463 million fewer tons of standard coal compared to 2019.

Previously, environmental experts have raised the alarm about China’s plans for the coal sector, arguing that the country’s proposed coal power expansion through 2035 means that its coal power capacity alone could “far exceed” the total capacity allotted to the entire world under the Paris Agreement.

Beyond its borders, China is also funding the construction of new coal power plants overseas as part of its Belt and Road Initiative. As of May, Chinese companies and banks are involved in financing at least 13 coal projects across Africa with another nine in the pipeline, according to data compiled by Greenpeace.