Hong Kong Pledges Carbon Neutrality by 2050, a Decade Before the Mainland

By Matthew Walsh and Wei Yiyang 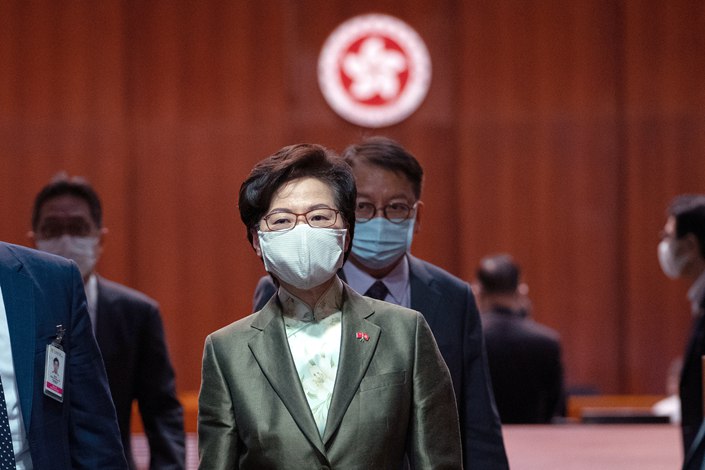 Hong Kong will reduce its carbon dioxide emissions to net zero by 2050, the city’s top official has said, a target that would preempt the Chinese mainland’s deadline by a decade.

Chief Executive Carrie Lam made the bold pledge on Wednesday during her annual policy address to the Legislative Council, the semiautonomous territory’s mini-parliament.

The former British colony “will strive to achieve carbon neutrality” within the next three decades and “will update” its climate action plan next year “to set out more proactive strategies and measures to reduce carbon emissions,” Lam said.

Hong Kong has the fourth-largest carbon footprint of any city in the world, according to a 2018 study of 13,000 metropolitan areas by the Norwegian University of Science and Technology.

While its overall carbon emissions are puny compared to the mainland, the territory’s import-dependent economy and high consumption levels also mean it has one of the world’s highest emissions rates per person when so-called “embodied emissions” are factored in.

Hong Kong’s most recent climate action plan, which was released in 2017, also pledges to reduce its carbon intensity — the amount of carbon dioxide emitted per unit of GDP — by 65% to 70% by 2030, compared to 2005 levels. Experts have previously blasted the plan as insufficiently ambitious.

Hong Kong is included in the Paris climate agreement, which aims to cap global heating at no more than 2 degrees Celsius above preindustrial levels and shoot for a maximum of 1.5 C.