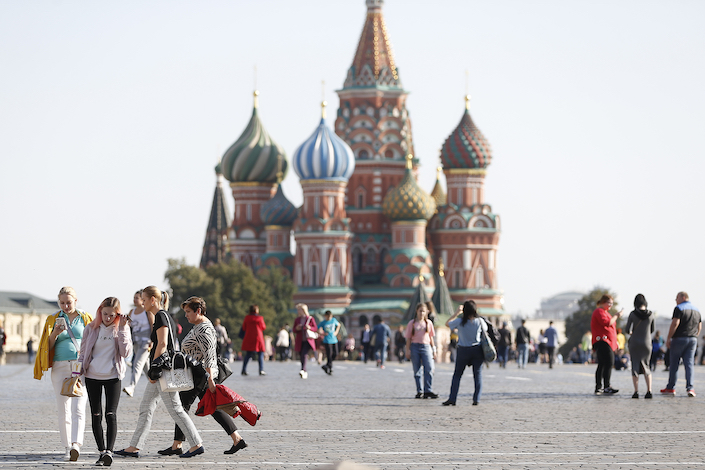 Russia had nearly 2.2 million confirmed Covid-19 cases as of Nov. 26, the fourth-highest in the world.

A Russian passenger flight to China was canceled after nearly 200 travelers presented identical negative coronavirus test reports, sparking doubts over the authenticity of the results, the Chinese Embassy in Moscow said Thursday.

The flight, operated by Russian carrier Ikar Airlines, was scheduled to take off Wednesday from Moscow to Zhengzhou, in central China’s Henan province.

The flight was canceled because more than 190 passengers boarding the flight submitted virus reports with identical readings, the Chinese Embassy said. The embassy required new tests for the passengers.

The virus tests for all the passengers were arranged by Ikar Airlines and conducted by a local testing institution, according to the embassy. Neither Ikar Airlines nor the testing agency could provide a reasonable explanation for the identical test results, it said.

Ikar Airlines, operating as Pegas Fly, was suspended from service to China for one week in early November after seven passengers on one of its flights tested positive for Covid-19 after landing in China. The country’s civil aviation authorities since June introduced policies to temporarily halt flights by airlines that fail to contain virus among passengers and to award more flights to carriers with better virus-control records as part of an effort to gradually resume international travel while controlling imported cases.

The Civil Aviation Administration of China didn’t reply to a Caixin question on whether the Russian airline would be punished for the latest incident.

As part of virus control measures, Chinese authorities require all inbound travelers to submit negative virus test results online to local embassies to receive a clearance code before they can board a flight to China. But there have been cases of fabrication.

“Some travel agencies helped passengers to fabricate the reports so that they could sell tickets,” one airline executive said.

Over the summer, the Chinese Embassy in Moscow warned that some Chinese passengers were forging negative virus test results to fly home from Russia.

After largely putting the domestic pandemic under control since summer, China is fighting hard against sporadic regional resurgences as new clusters were reported in cities like Shanghai and Tianjin.

On Thursday, authorities in Inner Mongolia confirmed nine new cases in Manzhouli, a city bordering Russia. Gene sequencing on two of the cases indicated that the virus could have been imported from Russia, officials said.

Russia had nearly 2.2 million confirmed Covid-19 cases as of Nov. 26, the fourth-highest in the world. The country posted record-setting deaths and new infection rates in recent weeks.