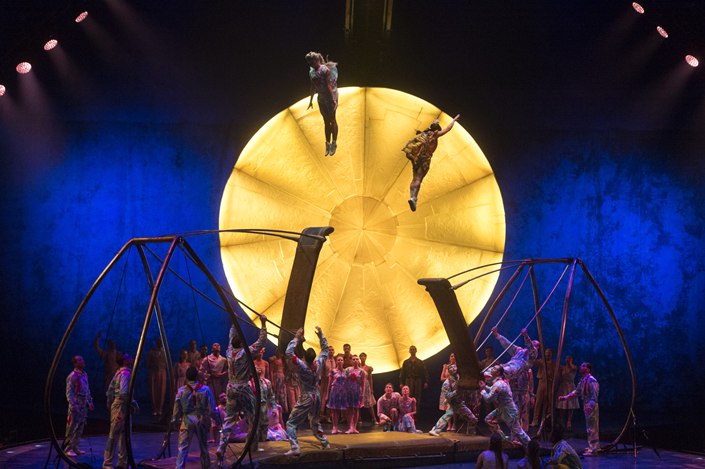 The show will go on at Cirque du Soleil — but with a far reduced role for China.

The performance company known for its colorful costumes, acrobatics and fantasy-style sets and story lines emerged from bankruptcy this week, five months after seeking protection when its business tanked with the onset of the global pandemic. Noticeably absent from the company’s new cast of owners was Fosun, the Chinese conglomerate that had big plans to bring Cirque’s unique style of shows to its home market in Asia.

A spokeswoman for Cirque confirmed that Fosun was no longer a stakeholder in the performance company following the reorganization that was announced earlier this week in Canada. Also absent from the new roster of owners was private equity giant TPG.

“Fosun no longer has any role in the company,” she said.

Fosun and TPG made headlines in 2015 when they combined to purchase a major stake in Cirque that valued the company at $1.5 billion. No specifics were given with the official announcement, but numerous media reports said TPG had become Cirque’s majority owner with a 60% stake while Fosun had purchased 20%.

The company’s new owner is a group of its former creditors led by Catalyst Capital Group, along with Soundpoint Capital, CBAM Partners and Benefit Street Partners, according to the latest announcement. While most of the board has changed, Daniel Lamarre will retain his seat, and also his titles as president and CEO. In the years after the original Fosun purchase, Lamarre liked to speak about the huge potential of the China market, drawing on the country’s rapidly expanding middle class with a growing appetite for high-quality entertainment.

Such a mindset was behind a number of Fosun’s other major investments from the global leisure and entertainment sector around that time, including its 2015 purchase of French resort operator Club Med. That same year it also bought a minority stake in British travel services provider Thomas Cook.

In a 2016 interview with China Daily, Lamarre said he wanted to have a touring show visit China every year, with engagements in around 10 cities. He also envisioned resident shows in around another five Chinese cities. The only one of those to get off the ground was in the Eastern city of Hangzhou, which launched in August 2019 with a show called “X: The Land of Fantasy.” That production was one of the first to get hit by the Covid-19 pandemic, which began in China and led to the mass closure of movie theaters and performance venues across the country in late January this year.

Performances in Hangzhou would resume in June, marking one of the company’s few resumptions as the pandemic eased in China but continued to rage in most of the rest of the world. The spokeswoman confirmed that the Hangzhou theater “remains active” and that Asia “remains an important market” for Cirque du Soleil.

“Once the pandemic is under control, our touring plans will include China,” she said. “It’s too early to tell when this return will take place. It will be dictated by the safety guidelines set forth by government agencies and the lifting of travel restrictions and border closures. We continue to actively monitor and assess the situation to determine when touring shows will resume.”

In addition to the loss of the Cirque du Soleil stake, Fosun’s other leisure and entertainment investments have also suffered setbacks similar to those seen in the broader sector during the pandemic. Thomas Cook, which was troubled even before the pandemic, went bankrupt in September last year, in a dramatic collapse that left an estimated 150,000 stranded in the middle of vacations. Fosun Tourism Group later acquired the Thomas Cook brand, and relaunched it in September as an online travel agent.

The broader Fosun Tourism Group has also felt the pinch, reporting last month that revenue for its resorts and destinations and related services plunged by about half in the first nine months of the year. It noted the situation had shown signs of improvement in the third quarter, though added it expected to record a loss in for the second half of this year.