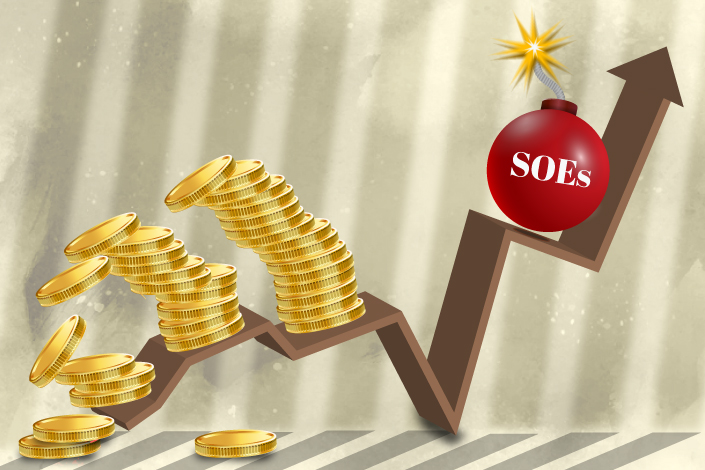 In November, four bond issuances worth 3.1 billion yuan were canceled in Henan, all by local state-owned enterprises.

Nationwide, 100.4 billion yuan ($15.3 billion) of corporate bond issuances were either canceled or delayed in November, jumping from 34.3 billion yuan the previous month and 28.1 billion yuan in the same period last year, according to data compiled by financial information provider Wind Information Co. Ltd.

Nearly 94% of the cancellations or delays occurred after Yongcheng Coal and Electricity Holding Group Co. Ltd. defaulted on a 1 billion yuan bond on Nov. 10, just one month after a credit ratings agency gave it the highest possible rating.

The figures show how some companies, particularly certain SOEs, found it harder to get financing as investors were worried about credit risks in the bond market and became reluctant to subscribe to new bonds, losing their confidence to some extent in the creditability of SOEs with high ratings.

Companies based in the Central China province felt particular pain from the coal miner’s default, with not a single nonfinancial SOE in the region managing to issue a corporate bond last month after the default, the data show.

Several industry insiders told Caixin that investors are now quite cautious about bonds issued by Henan-based companies. “We are not pushing forward Henan-based projects, which is in line with the market status quo,” said a source at a bond underwriter.

Analysts warned that, after a SOE defaults, companies in the same region could find it harder to get financing and see their borrowing costs rise. Defaults are likely to not only trigger a sharp decline in bond financing in a given region, but also make banks want to lend less, analysts from Guosheng Securities Co. Ltd. said in a report last month that looked at the impact of previous SOE defaults.

As SOEs more or less gain credibility from their relationship with the government, when an SOE defaults, it can hurt the credibility of other firms linked to the same government, multiple analysts said.

Yongcheng Coal’s default was particularly unexpected as the SOE had received a AAA rating a month earlier from China Chengxin International Credit Rating Co. Ltd. Since the company’s default, many investors have sold off bonds issued by some SOEs and mining companies.