Opinion: China Might Be Able to Reform Its Way Out of SOE Restrictions in CPTPP Trade Pact 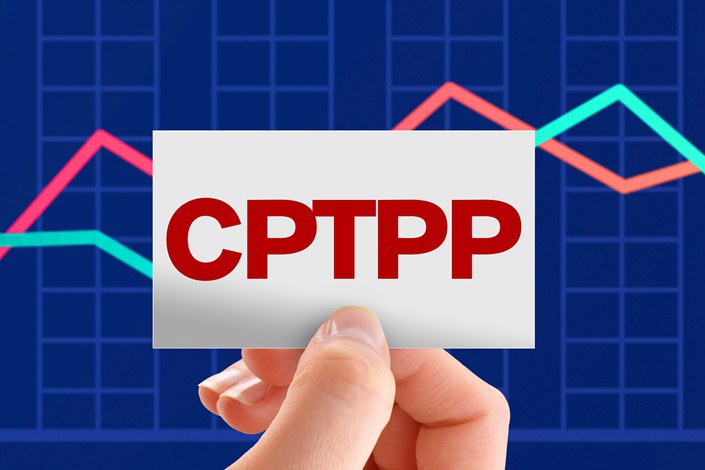 SOEs are a sticking point for China if it wants in on the CPTPP trade pact, but it might be able to reform its way out of the problem.

Dr. Zhang Chunlin is an academic member of Caixin Insight and editorial board member of the Comparative Studies magazine. He is also a former lead private sector development specialist at the World Bank Group’s Trade and Competitiveness Global Practice.

The Comprehensive and Progressive Trans-Pacific Partnership (CPTPP) trade agreement, while containing rather strict disciplinary requirements for state-owned enterprises (SOEs) in its Chapter 17, also limits their scope in several ways. In addition to the exceptions and exemptions, the definition of SOEs is an important part of the delimitation of the scope of application. If China continues stepping up its efforts to reform SOEs in fully competitive sectors, the number of enterprises that meet the CPTPP’s definition of SOEs could be reduced dramatically.

The definition of an SOE in the CPTPP contains three elements. First, it must of course be an enterprise. According to Article 1.3 of the agreement, an enterprise is any legally established or organized entity, including corporations, trusts, partnerships, proprietorships, joint ventures, associations and similar organizations, regardless of whether they are established for profit or whether they are privately or governmentally owned and controlled.

China’s regulations for registration of business entities do not include the definition of “enterprise,” though the CPTPP’s definition should be broader than that in China as “associations or similar organizations” are not usually registered as enterprises in China.

According to Article 17.1 in the agreement, the SOE must be the enterprise that is “principally engaged in commercial activity,” the second element to define an SOE.

The commercial activity in this article refers to three meanings:

• the enterprise engages in the activity for profit

With regard to “orientation towards profit-making,” footnote 17.1 specifically clarifies that the enterprise activity cannot be classified as commercial unless its operation is based on the principle of “not for profit” or “cost recovery only.” However, it is still unclear what “not for profit” and “cost recovery only” mean and how they are defined.

The principle of “not for profit” can be interpreted in two ways. The first is in line with the standard definition of a nonprofit organization as one that makes a profit but does not distribute it. The second is that it does not seek to make a profit, but only to cover costs or not to lose money.

Footnote 17.1 is more than likely to mean the second. If this is the case, since the so-called “cost recovery” does not include the cost of equity capital, such firms would in fact be subsidized by state shareholders. If they compete in the same market with those who conversely have to provide a market-level rate of return to shareholders, it would be unfair for the latter.

Moreover, according to the above definition of commercial activity, enterprises that cannot decide on the quantity and price of their sales themselves should not be considered SOEs either.

However, in the case of exempted SOEs, some are treated as SOEs even though their selling prices are controlled by the government (e.g., Vietnam Electricity Group). This needs clarification.

Enterprises that engage in activities not to sell goods or services to consumers in the relevant market cannot be counted as SOEs under the CPTPP definition either. It is not clear, however, which activities meet this definition. Perhaps such a situation does not exist.

The above definitions could certainly be exploited. If a government does not want one of its SOEs to be subject to the rules, it can claim the enterprise is “not for profit,” but only “for cost recovery,” or that it sells goods and services in quantities and at prices determined by the government, thereby making it no longer an SOE according to the CPTPP’s definition.

“If China continues stepping up its efforts to reform SOEs in fully competitive sectors, the number of enterprises that meet the CPTPP’s definition of SOEs could be reduced dramatically.”

The third element of the CPTPP’s definition of an SOE is government ownership and control. However, instead of directly using the general concept of “ownership and control through ownership” (which is common in U.S. FTAs with other countries), it specifically lists three scenarios.

Namely, under the CPTPP, an enterprise is an SOE if it is primarily engaged in commercial activity under one of the following three conditions:

• the government, through ownership interests, controls more than 50% of the voting rights

• the government has the right to appoint a majority of the members of the board of directors, or equivalent, of other governing bodies.

At the same time, this definition of CPTPP implies that an enterprise will not be an SOE and thus not subject to the SOE rules, if it meets the following three conditions:

In other words, if a party wishes to exempt an enterprise from the rules of Chapter 17 by relinquishing control over it, this definition provides such an option. Inevitably, there is still an undue advantage in the loopholes since the government can control an enterprise even if it is a minority shareholder and does not have a majority of seats on the board of directors. But under the transparency rules, either party can require the other party to disclose a special shareholding, special voting rights, or other interest in an enterprise.

There is neither any official authoritative interpretation of the CPTPP’s definition of an SOE, nor indications of how parties apply it to their own SOEs. If the above interpretations are sound, it at least will have an influence on China in two aspects.

First, an SOE in a fully competitive sector can be free from the CPTPP rules if it intensifies its reform in the given direction and is thus no longer under the CPTPP’s definition of an SOE. According to the document issued by the CPC Central Committee and the State Council in May 2020, the direction of reform for SOEs in fully competitive sectors is to strengthen the revenue function of state-owned capital. This may include capitalization, securitization, preferred shares, and key employee shareholding.

Following this direction, state-owned shareholders can focus on pursuing the rate of return on state capital in accordance with the financial shareholding principle, and gradually retire as minor shareholders and no longer hold majority ownership, controlling voting rights, or appoint a majority of seats on the board of directors or the equivalent management bodies.

Secondly, SOEs that serve government policy objectives and engage exclusively or primarily in business in the public interest can be clearly defined as “not for profit” entities and are not subject to the CPTPP rules. According to a 2015 document released by the State-owned Assets Supervision and Administration Commission (SASAC) on the classification of SOEs, the definition of public interest SOEs is “to protect people’s livelihood, serve the community, and provide public goods and services as the main objectives, and the price of necessary products or services can be regulated by the government.” This definition can be further interpreted as “not for profit,” with the quantity and price of output controlled by the government. It also clarifies the exact meaning of “not for profit,” the methods of evaluating the performance of these enterprises, and procedures for entering and exiting this category.

The system needs to be regulated. In addition, as I mentioned in my previous Caixin column, it is worth studying whether such enterprises should be directly converted to public institutions or have their SOE status withdrawn, because in China there is already a distinction between public institutions and SOEs.

However, it is true that not all “public interest SOEs” can be free from the CPTPP’s definition of SOEs. Still, there is no public information on this yet. While some enterprises, such as those providing urban public services, are certainly in the category, there is a need to further limit the scope.

As noted earlier, if an SOE is allowed by the state to seek cost recovery rather than profit, it is in effect receiving a subsidy from state shareholders. If such an enterprise competes in the same market as one that must provide a market-level rate of return to its shareholders (including enterprises in other countries), it is unfair to the latter. Therefore, the concept of “public interest SOEs” must not be abused. It is important to prevent some enterprises from using the public interest as a pretext to free ride while gaining from unfair competition in the market.

Compared with the total number of SOEs, the number of enterprises that can be defined as “not for profit” is definitely small. However, the majority of SOEs are likely to be in fully competitive fields, and if the above reforms could be implemented, the number of Chinese SOEs defined by the CPTPP should be significantly smaller than the current number.

As to how small it would be depends on how the “fully competitive sector” is defined and how many of these SOEs could be converted to state-invested enterprise, the rough picture of which can be drawn from the Ministry of Finance’s SOE statistics.

If the construction, wholesale and retail, restaurant, social services, and scientific and technological services were also considered fully competitive sectors, and 90% of the 90,000 SOEs in these sectors were converted to state-invested enterprises, the total number of firms under the CPTPP’s definition of SOEs could be reduced by another 40%. Considering that there are still about 40,000 SOEs in extractive industries, manufacturing, and agriculture, forestry, animal husbandry and fishery, most of the 203,000 SOEs may no longer qualify as SOEs as defined by the CPTPP if these reforms are implemented.