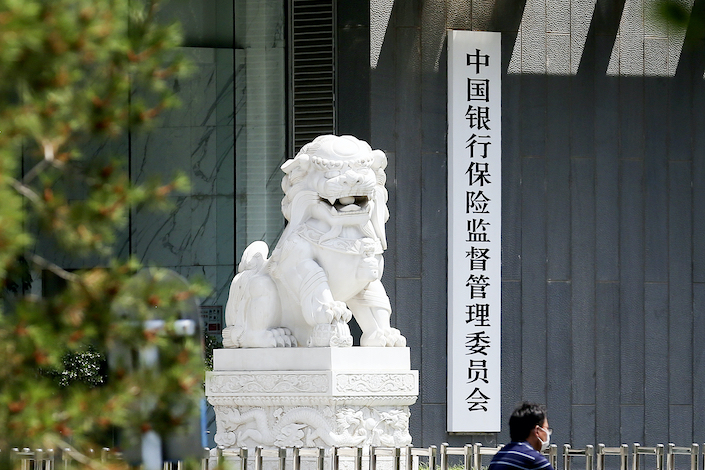 As of the end of 2019, China’s shadow banking sector as defined broadly shrank to 84.8 trillion yuan from the peak of 100.4 trillion yuan in 2017, according to a CBIRC report.

China’s top banking regulator for the first time defined the criteria, scope and classification of the country’s nearly $13 trillion shadow banking sector in a continuing effort to defuse systemic financial risks as the country expands credit to support recovery from the pandemic.

The China Banking and Insurance Regulatory Commission (CBIRC) listed four criteria to define shadow banking and divided the sector by a broad definition and a narrow definition in a report issued Friday by the agency’s policy research bureau.

As part of China’s economic stimulus strategy, banks are being encouraged to increase lending to small and medium enterprises, which used to borrow through shadow banking channels. As systemic risks have been greatly reduced, the conditions have become more favorable for macroeconomic stimulus, the authors of the CBIRC report told Caixin.

Not only has the size of the shadow banking sector been significantly reduced, but more importantly their operations have come under greater regulation, their structures have become more simplified and more reserves against losses have been created, the report’s authors said.

The report also warned that as China’s shadow banking industry has been built up over time, many financial institutions still have large stocks of off-balance sheet assets, and the promise of “rigid payment” and various kinds of implicit guarantees for financial products have not been truly eliminated.

China’s central bank in its monthly total social financing data already calculates the core components of shadow banking — entrusted loans, trust loans and undiscounted bankers’ acceptances. But the sector actually includes additional dimensions of financial institutions’ activities, according to the report, and statistics for the whole sector are not available because of difficulties in data collection.

In its report The CBIRC defined shadow banking as financial credit intermediary activities that are outside the banking supervision system and apply credit standards significantly lower than those of banks. Shadow banking has a complex business structure, layers of operators, excessively high leverage, incomplete information disclosure and low transparency, the regulator said. The sector also faces greater payment pressure, is highly interconnected in the financial system and has high risk of contagion.

Notably, the $13 trillion figure doesn’t include consumer loans issued by unlicensed institutions, creditors' rights financing plans provided by local exchanges and structured finance products as the data are not available.

The report covers statistics only until the end of 2019, but more recent data shows the sector has continued shrinking this year. As of the end of September, core shadow banking assets, which include outstanding entrusted loans, trust loans and undiscounted bankers’ acceptances, totaled 22.06 trillion yuan, down 2.8% from a year earlier, according the People's Bank of China.

The country’s shadow banking sector may shrink further in 2021 as the economy rebounds, S&P Global Market Intelligence said last month in a report.

Beijing has so far unwound very few of the measures put in place in 2017 and 2018 to contain the financial risk of nonbank lenders, especially following high-profile defaults by trust companies such as Anxin Trust Co. Ltd., S&P’s analysts said.