Editorial: P2P Lending Might Have Disappeared, But the Risks Exposed by Its Collapse Haven’t 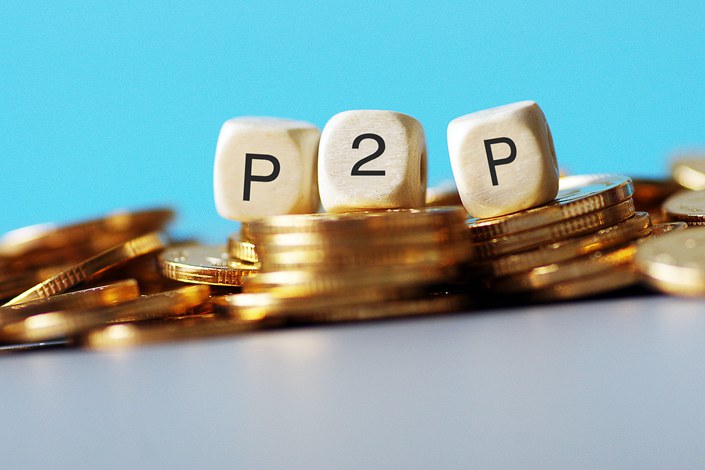 The reorganization of P2P platforms is not only an opportunity to reform financial supervision, but also a call to improve the structure of China's financial market.

With around 5,000 such lenders at the industry’s peak, P2P used to be touted as a model of financial innovation. The sector’s rapid rise and equally dramatic collapse has been electrifying. But the financial risks it exposed, the impact on the financial system and the losses suffered by financial investors will not simply disappear now that the sector has been reined in.

In addition to properly settling claims and assigning accountability in China’s P2P scandals, we must also deeply reflect on and improve our regulatory system. Although P2P is dead, its variants still exist. We must remedy this and tighten our supervision of them.

At present, the central government’s tone of financial governance is clear. The State Council’s financial committee stated that China must improve its mechanisms for risk prevention, detection, early warning, and disposal; strengthen the investigation of hidden risks; and firmly stick to the bottom line of avoiding systemic risks.

The relevant departments also stated financial business must operate with a license, and all financial activities must come under a unified regulatory scope. The direction is clear; the key is how to implement these demands through institutional arrangements. This is a more difficult task than special rectification and requires the responsibility and wisdom of systems building.

Many financial innovations in China are imported products that have differentiated themselves after entering the country. P2P is a typical example. Originally, the term referred to intermediary companies specializing in financial information pertinent to online lending. In China, such firms rapidly morphed into credit intermediaries, setting up funding pools, running self-financing and insurance programs, and promising to guarantee principal and interest, and maturity mismatches. In some cases, they spread false publicity and made up borrowers.

Differentiation in the fields of investment and financing is more widespread. From public-private partnerships to the recent brouhaha over long-term rental apartments, many people in China feel that it is pity that so many imported goods go bad in China. Some may put this down to our broader financial culture, but our regulatory systems and mechanisms give a better explanation. Inadequate supervision is objectively sending the wrong signal to such firms.

Between 2012 and 2015, P2P grew wildly in China. This period saw the emergence of countless problems including contractual violations and absconding with money. In April 2016, China’s former banking regulator issued an implementation plan for special rectification. By then, however, huge risks had already built up in the system. The arduous governance process in the following years has once again proved that if financial regulators focus on supervision in process and afterward, rather than in advance, then they act too passively when facing financial chaos.

It should not have been difficult to prevent, detect, warn, and get rid of the financial risks contained in P2P at an early stage. This is not hindsight bias, because it was well known at the time that most P2P platforms had already gone through role differentiation. In practice, they acted just like commercial banks with licences. Many platforms even illegally absorbed public deposits and committed fundraising fraud, all of which are clearly defined in law.

Lending schemes like Ezubao, Fanya Metal Exchange and Shanlin Finance, all of which later became the subjects of major court cases, had a glorious time. Both experts and the media were suspicious of their obvious abnormalities, like rapid capital expansion and their promised high rates of return. The perpetrators, too, knew full well what they were doing. Ding Ning — Ezubao’s actual controller — and others not only ignored laws and regulations, but also indulged their own extravagant desires, engaging in a kind of doomsday carnival.

P2P eventually led to huge financial risks and was extremely difficult to manage. That was due to unclear regulatory responsibilities in the industry’s early stages and long-term governance issues later.

The year 2016 was a watershed for governance. Before that, P2P was basically in a laissez-faire state. In August 2016, the former banking regulator, and three other government departments jointly issued interim measures for managing the business activities of online lenders.

The measures clarified that P2P regulation adheres to the principle of “dual responsibility.” The two most important entities are the China Banking and Insurance Regulatory Commission (CBIRC) and its agencies, and local financial supervision departments. The former supervises P2P behavior and coordinates the supervision of cross-regional P2P institutions. The latter runs P2P filing and registration, responds to risk events and handles risk agencies.

It’s easy to see that these two kinds of entities have their own strengths and weaknesses in information collection and processing, operate at different levels of the financial business, and experience certain differences in interest appeals. There are significant difficulties in regulatory coordination.

The purpose of reflecting on P2P now is to examine the present and focus on the future. It is well known that Chinese financial regulators often either lack requisite power or overstep their limits, straitjacketing some industries while sowing chaos in others. The essence of this chaos is that it causes huge “negative externalities”: the chaos — even if it is eventually exposed — sucks up revenue, and society bears the cost.

An important mission of financial regulators is to correct this situation and assume its responsibilities with confidence. Only when regulators stay abreast of the times can they provide the greatest protection of financial stability and innovation.

In recent years, China’s financial regulatory system has implemented major reforms, and the State Council’s financial commission has undertaken the important task of strengthening regulatory coordination, atoning for this longstanding shortcoming. In the future, the general trend will be to further improve institutional regulation and transition toward both functional and behavioral regulation.

Governing P2P requires us to maintain not only financial security and stability, but also the legitimate rights and interests of investors. The regulatory authorities have made it clear that P2P is a form of private lending and is subject to China’s contract law, general principles of civil law and the relevant judicial interpretations of the Supreme People’s Court.

However, the premise of this stance is that P2P adheres to the standards for information intermediaries. Since that period of differentiation, the legal relationships between P2P platforms and lenders have undergone qualitative changes. Guo Shuqing, the CBIRC chairman, revealed in August that more than 800 billion yuan of funds from lenders of P2P online lending platforms have not been recovered. They must not become silent victims.

It should also be noted that the rapid expansion of P2P in a short period of time reflects the huge financial needs of Chinese society. At present, the central government is attaching unprecedented importance to inclusive finance. The reorganization of P2P platforms is not only an opportunity to reform financial supervision, but also a call to improve the structure of China’s financial market.