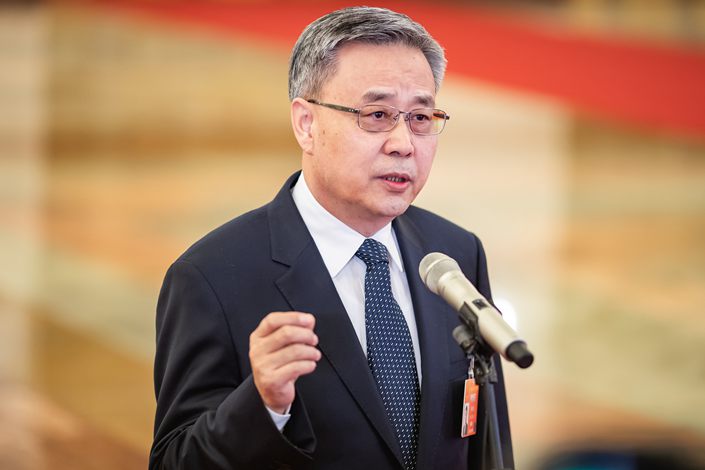 Financial regulators will be watching out for “too big to fail” fintech companies, Guo Shuqing, Communist Party chief of the People’s Bank of China, said in a video speech delivered to the 2020 Singapore FinTech Festival.

“The micropayment market is dominated by a few tech companies. They have the feature of being key financial infrastructure with public interest at stake. Besides, some BigTechs operate cross-sector businesses, with financial and technology activities under one roof. It is necessary to closely follow the spillover of those complex risks,” read the text of the speech posted to the China Banking and Insurance Regulatory Commission’s (CBIRC) website. Guo is also the CBIRC’s chairman.

Guo’s speech is the latest warning about the risks posed by fintech as policymakers tighten oversight over tech giants’ financial activities, including the dramatic halting of the would-be record IPO by billionaire Jack Ma’s Ant Group Co. Ltd.

On Oct. 31, the cabinet-level Financial Stability and Development Committee said that “all financial activities” should be subject to financial supervision to guard against risks. This paved the way for a slew of regulatory actions aimed at controlling risks in the fintech sector, including a game-changing regulation proposed by the central bank and the CBIRC on Nov. 2 that sets stricter standards for a range of online microlenders’ operational and financial metrics, such as their leverage levels.

On Nov. 3, Ant Group’s over $30 billion dual IPO in Shanghai and Hong Kong was suspended. Many analysts predict the new rules will hobble Ant Group’s business growth because high-leverage online microlending is a major part of its revenue.

Financial expert Zhou Jueshuo said in an article (link in Chinese) published in central bank-backed newspaper Financial News in early November that big tech companies have a large number of clients, and they are usually not covered by traditional financial institutions and lack financial knowledge, so “when there are big fluctuations in the market or when the market condition is reversed, they are prone to irrational group behavior,” creating systemic financial risks.

Zhou also warned about the risks posed by data problems at fintech firms. Guo said in his speech that regulators are working on financial data security regulations to curb data leaks and abuse.

Guo also called for clearer rules on data ownership to protect the interests of different market players. Tech giants have de facto control over data, and it is necessary to clarify the data rights of different parties as soon as possible, he said.

In addition, Guo pushed for promoting fair market competition. “Fintech is a ‘winner takes all’ industry. With the advantage of data monopoly, BigTech firms tend to hinder fair competition and seek excess profits,” he said. Regulators should pay attention to issues such as whether tech giants have blocked newcomers, collected data improperly or refused to disclose information that should have been made public, he added.