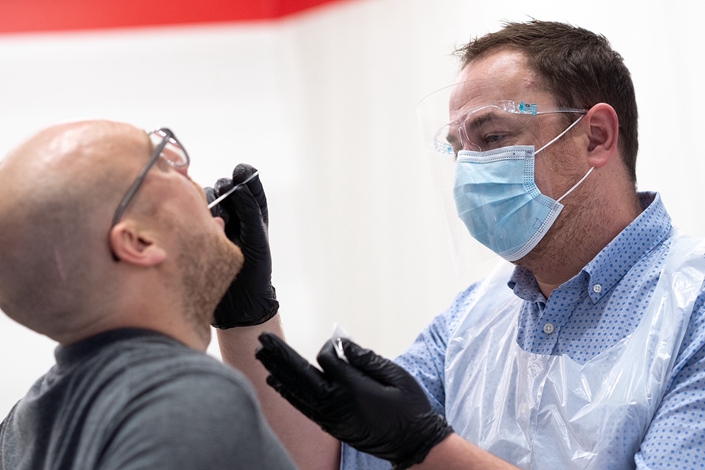 What’s new: The Chinese embassy in the United Kingdom has tightened rules for China-bound travelers applying for health certificates due to imported cases and alleged gaming of the virus test requirements.

The embassy said in a statement Wednesday that it has temporarily disqualified (link in Chinese) two private clinics, DocTap and DrGlancey, from being eligible to supply nucleic acid and antibody test reports, a necessary component for the applications for the health certificates needed to enter China. The temporary ban comes into force Thursday and lasts until Jan. 10.

The disqualification came after multiple travelers, who had tested negative at the two clinics, were later confirmed as being positive for Covid-19 after their arrival in China. Last week, the embassy also temporarily disqualified travel test reports from another private medical firm, BioGrad, due to test irregularities.

What’s more: The embassy said in a statement Monday that all travelers should undertake both nucleic acid and antibody tests at the same testing facility due to alleged test evasion.

The embassy found that once potential travelers received a positive result in one of the two tests, some people would then take multiple tests at different testing firms until they secured a negative result.

The background: The Chinese embassy had disqualified Covid-19 test reports issued by the country’s public National Health Service (NHS) last month due to imported cases from the U.K., which pushed travelers to undertake tests at private firms.