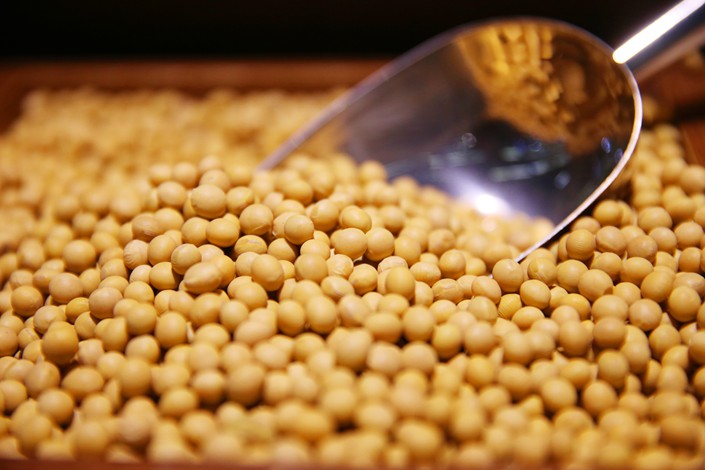 (Bloomberg) — China, the world’s top soybean importer, is getting an early jump on purchases from the U.S. for next year.

The Asian nation bought 126,000 metric tons for shipping after Sept. 1, the start of the next marketing year, U.S. Department of Agriculture (USDA) data showed Thursday. That’s the earliest for a forward purchase since 2016 and confirms a Bloomberg report from Dec. 7.

Dry weather has threatened yield prospects in South America, potentially limiting available supplies from the harvest beginning in February. That may have prompted the earlier-than-usual deal for U.S. soybeans that won’t be planted until April. China’s imports rose to a record in November from a year earlier on demand for feed to bolster the domestic hog herd.

Soybean futures for March delivery rose 1.3% to $11.7825 a bushel at 10:03 a.m. on the Chicago Board of Trade after reaching $11.81, the highest for a most-active contract in more than a week. A monthly USDA report due at 11 a.m. may show tightening global inventory, according to a Bloomberg survey of analysts.

On Thursday, Brazil’s soybean-crop estimate was reduced by 0.4% to 134.5 million tons by state-run agriculture agency Conab. That was less than analysts expected and compared with 124.8 million in the latest season.

“The South American crop we already know will be a late crop, so China stepping into the market early shouldn’t be at all surprising.” Kevin Ross, chairman of the National Corn Growers Association and an Iowa farmer of soybeans, corn and cattle, said in a telephone interview. “They are covering their needs a little quicker.”

USDA data confirmed a bulk cargo of U.S. white wheat was sold to China, and futures have climbed amid speculation that more deals loom.