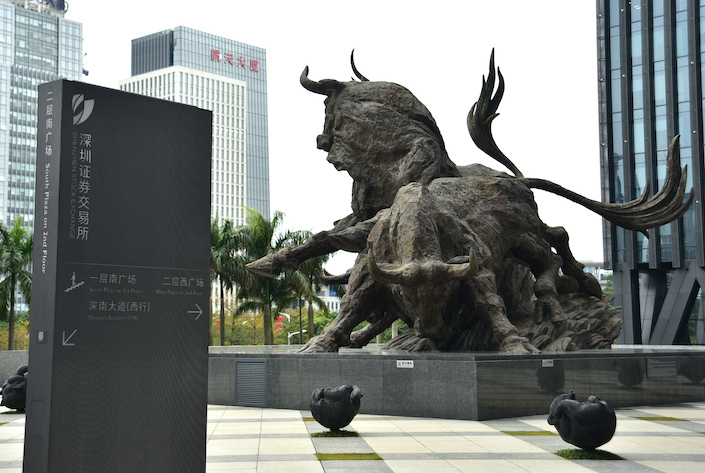 The Shanghai and Shenzhen stock exchanges are seeking public comment on draft delisting rules until Dec. 28.

Within hours of proposing China’s first delisting standard for financial fraud, the Shanghai and Shenzhen stock exchanges drew complaints that the hurdle was too lenient to deter any violations.

“Listed companies that make false financial statements can be relieved because the standards set by the new delisting rules are too low!” wrote senior investment banker Wang Jiyue, formerly of Huatai United Securities Co. Ltd., in a social media post.

In draft rules to simplify the delisting process for public companies published Monday, the exchanges define the delisting standard for financial fraud as reporting net profits that are inflated by more than 100% of actual net profit for three consecutive years. Some investment bankers said the 100% threshold would be difficult to reach in practice.

The draft rules also specify delisting for net losses and operating revenue of less than 100 million yuan. Companies would be automatically delisted if their shares trade below 1 yuan ($0.15) for 20 straight days or if their market value falls below 300 million yuan for 20 consecutive days, according to the draft documents. The exchanges are seeking public comment on the draft rules until Dec. 28.

For companies that fail to meet financial requirements, the delisting process would be shortened to two years from three. If a company triggers the delisting threshold for the first time, it will receive a delisting warning and will be formally delisted if the threshold is triggered again the following year.

The period between a stock’s last trading day and final delisting would be cut to 15 trading days from 30 to reduce possible speculation, the documents said.

The new rules also simply the delisting process by removing the steps of suspending and resuming a listing before a final delisting decision is made.

For those stocks that are suspended before the new rules come into effect, the current rules will apply in determining whether their listing will be resumed or delisted.