China to Get 100 Million Doses of Pfizer-BioNTech Vaccine 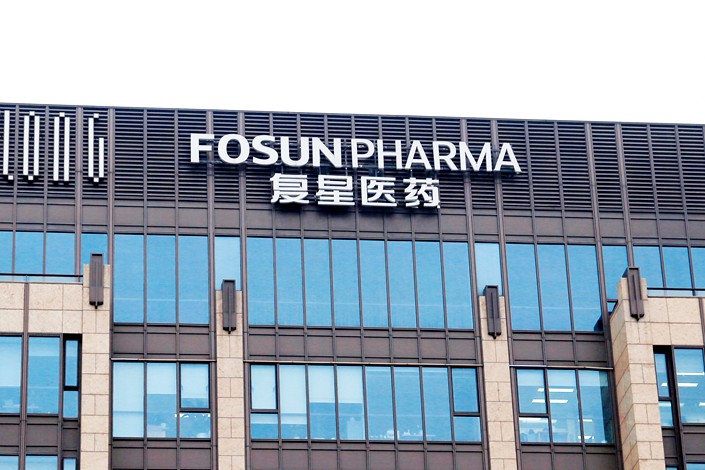 One hundred million doses of the Covid-19 vaccine developed by Pfizer and BioNTech are headed to China next year as part of a deal inked by a local distributor.

The mRNA-based shot, which was approved by regulators in the U.K and U.S. this month and became the first Western coronavirus jab to be rolled out to the public, will be produced at BioNTech’s plants in Germany and supplied to the Chinese mainland by Fosun Pharma, subject to local approval.

Fosun announced the supply deal with BioNTech today in a filing to the Hong Kong Stock Exchange where it is listed, saying it was agreed on Tuesday.

The Shanghai-based pharmaceutical giant said it committed to pay BioNTech 250 million euros ($303 million) in advance for the first 50 million doses — half by Dec. 30, and the other half if the vaccine is approved by Chinese regulators.

According to Fosun, the deal entitles it to 65% of gross annual profits from the ready-to-use doses it imports, and 60% for the doses it may make in the future from ingredients imported in bulk.

The Pfizer-BioNTech vaccine has already been shown to have strong protective effects against the new coronavirus and a solid safety profile in other jurisdictions, and experts say it is likely to also prevent people transmitting the virus, though evidence for that is still pending.

One of the challenges Fosun will face is maintaining blisteringly cold temperatures of minus-70 degrees Celsius throughout the supply chain needed to keep the fragile strands of genetic material that make up the vaccine intact.

Fosun announced a strategic partnership with BioNTech in March that included aiding the development and commercialization of a potential vaccine candidate in China.

Fosun has been pushing to produce the vaccine in China, with CEO and Chairman Wu Yifang telling Caixin in August that the company was still exploring various possibilities, including working as a contract manufacturer for BioNTech or developing a full production line in China.

No production deal has materialized, though an amendment released alongside the supply deal and also dated Tuesday left the door open for Fosun to manufacture the vaccine on the Chinese mainland in future. It referred to three stages of supply, with the first being importing vials, the second being importing bulk product to be assembled on the mainland, and the final being manufacturing of the vaccine on the mainland — though it said negotiations were ongoing.

A source with knowledge of BioNTech’s deliberations said future plans and whether the local company would have a role in production were still being assessed.

Both firms referred to “initial supply” of 100 million doses in a joint media statement also released today, implying the quantity could grow.

One hundred million doses is enough to inoculate 50 million people under the vaccine's two-jab regime.

“We are pleased to reach the supply agreement with BioNTech, which is an important step in Fosun Pharma and BioNTech’s efforts to achieve vaccine accessibility and affordability in China,” Wu said in the statement.

Shenzhen Kangtai agreed to build capacity to make at least 100 million doses of the shot by year-end, and 200 million by the end of 2021, AstraZeneca announced on WeChat. It said the companies would look at working together on the jab — designed by scientists at the University of Oxford — for other markets.

China has five vaccines in late-stage clinical trials around the world, and more than 1 million people have already been vaccinated under a controversial emergency program, which has given emergency-use status to two vaccines developed by units of state giant Sinopharm, and one each from private firms Sinovac Biotech Ltd. and CanSino Biologics Inc. None have published detailed data from late stage trials.

Fosun and BioNTech began a mid-stage clinical trial of BNT162b2 in East China’s Jiangsu province last month, which will be used to support its application to Chinese regulators, according to their joint statement.

Mid-stage trials test a shot on healthy participants to assess whether it is safe and provokes an immune response. China, which has brought coronavirus more or less under control, is unable to carry out late stage vaccine trials because they test the effectiveness on participants who may be exposed to the wild virus.