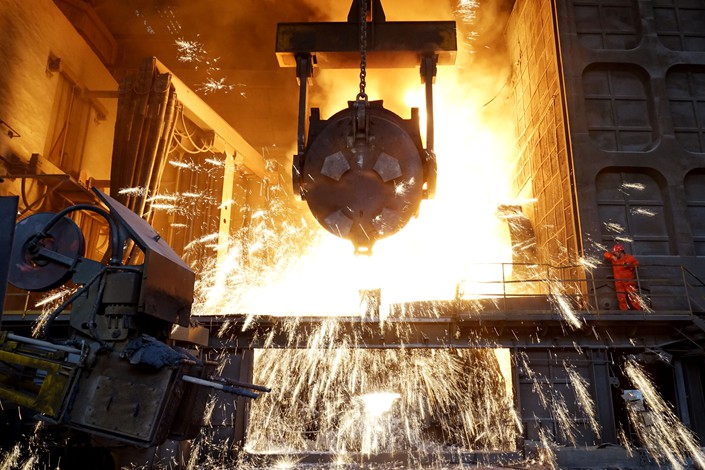 The Ministry of Industry and Information Technology (MIIT) issued a draft plan on Wednesday aiming to further control new capacity in the bloated steel industry.

This followed a notice by the ministry in January that suspended capacity swaps and urged local governments to investigate existing projects.

Capacity swaps between manufacturers, involving old or inefficient mills being directly replaced by new facilities, have been the only way to add new steelmaking capacity in China since 2017. Steel mills are required to dismantle their old facilities when a plant’s capacity is integrated into a new build or sold off to other mills.

As the world’s largest steel producer, China had added 276 million tons of new steelmaking capacity by the end of 2019, China Iron and Steel Association data shows.

Almost all of it is dedicated to ongoing projects whose construction has been suspended by authorities, said Zhang Longqiang, head of the China Metallurgical Information and Standardization Institute.

The draft plan includes measures such as reducing plants’ capacity quotas by 13 percentage points to 33% when reallocated from key pollution-control areas, including the Beijing-Tianjin-Hebei region and the Yangtze River Delta, Zhang said.

It also proposes measures such as expanding the scope of the ban to new steel capacity in more cities, and preventing the use of so-called “zombie” steel mills that have outdated equipment or are uncompetitive.

The plan is open for public comment until Jan. 18.