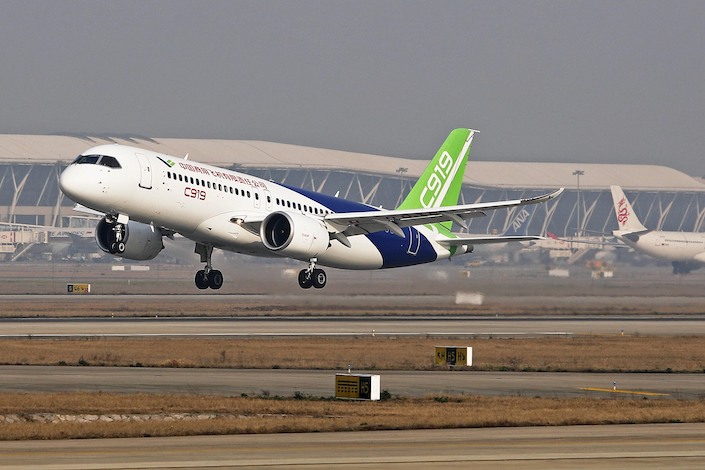 Under development since 2008, the C919 made its first test flight in May 2017 with six prototype airplanes.

Regulators will examine the plane’s safety under various flight conditions to decide whether it can be approved for commercial delivery. The CAAC didn’t provide a timetable to clear the C919 for commercial operation.

The background: Developed by state-owned aircraft maker Commercial Aircraft Corp. of China (COMAC), the C919 targets the same market as the Airbus A320 and Boeing 737, the two best-selling commercial aircraft. The plane is designed to seat about 150 passengers.

Under development since 2008, the C919 made its first test flight in May 2017 with six prototype airplanes operating in different regions across China. A former deputy CAAC chief said in 2018 that the C919 was set to obtain airworthiness certification by the end of 2020, a target that has been slightly delayed. COMAC received 815 orders for the C919 from 28 domestic and foreign customers, media reported in May.