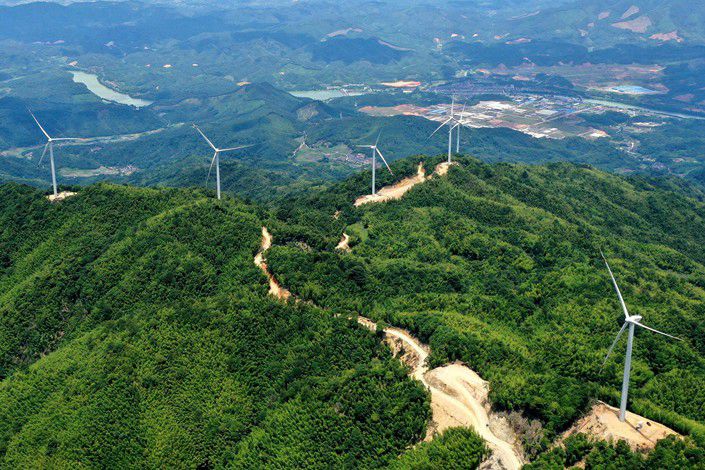 The new energy arm of power generation behemoth China Three Gorges Corp. has taken one step closer to a 25 billion yuan ($3.8 billion) IPO in Shanghai as it seeks keep up its cash-burning offshore wind farm expansion even as government subsidies dwindle.

China Three Gorges Renewables (Group) Co. Ltd. received approval for the IPO from the China Securities Regulatory Commission (CSRC), according to a statement the regulator published on Thursday. The go-ahead came almost eight months after the company submitted its prospectus to the regulator.

Details about the IPO, including when it will take place, have not been made public.

The state-owned firm, which specializes in solar and wind power generation, aims to issue 8.57 billion shares, according to the prospectus. Four-fifths of the takings are earmarked for seven offshore wind power farms with combined planned capacity of 1.8 gigawatts (GW). The rest will be used to replenish cash flow.

This year, Three Gorges Renewables plans to bring an estimated 6 GW of new offshore wind power capacity online by the end of December. If it succeeds, the new capacity will boost the company’s power in the offshore wind market, as it had just 1.5 GW at the end of 2019, the prospectus showed.

In March, China announced it would scrap generous state subsidies for new offshore wind farms this year and planned to end handouts for new onshore projects next year in what one expert called an effort to ease the strain on the central government’s budget.

Subsidies have played a significant role in fueling the company’s rapid expansion. Data from the prospectus suggested it has 10.4 billion yuan in subsidies still coming to it from the first nine months of 2019. That amount is five times higher than the company’s net profit for the period, which was 2.2 billion yuan.

It usually takes one to three years for companies to receive such subsidy payments.

Despite entering the renewable energy business in 2008, the Beijing-based company has lagged behind other state-owned peers that are backed directly by state power grid operators. The prospectus indicated that Three Gorges Renewables’ shares of both the domestic solar and wind power markets by installed capacity have been hovering around 2% since 2016.