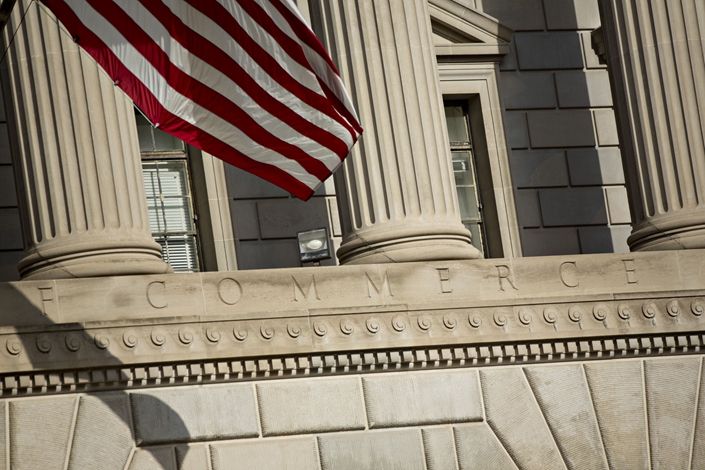 The U.S. Department of Commerce headquarters in Washington in June 2018. Photo: Bloomberg

(Bloomberg) — The U.S. Commerce Department added more than 100 Chinese and Russian companies to a new list of companies it said have links to their nations’ militaries, a move that will sharply curtail certain types of exports.

The list of 58 Chinese and 45 Russia companies means anyone seeking to sell items that could eventually be used for military purposes to those firms will need a license, the Commerce Department said in a statement on Monday.

Among the biggest names were seven subsidiaries of Aviation Industry Corp. of China Ltd. and Russia’s Foreign Intelligence Service, or SVR, which has been implicated in a recent cyberattack on U.S. federal agencies and companies.

“The Department recognizes the importance of leveraging its partnerships with U.S. and global companies to combat efforts by China and Russia to divert U.S. technology for their destabilizing military programs,” Commerce Secretary Wilbur Ross said in the statement.

The move comes amid a continuing erosion of U.S.-China ties during the U.S. presidential transition, as U.S. President Donald Trump ratchets up actions targeting Beijing over issues from its tightening control over Hong Kong and treatment of Muslim minorities to exports of 5G technology.

That push has included putting greater scrutiny on companies that the U.S. says are owned or controlled by China’s military. Earlier this year, the administration listed 31 Chinese companies for being tied to the People’s Liberation Army. Those companies included Huawei Technologies Co. Ltd. and Hangzhou Hikvision Digital Technology Co. Ltd., as well as a number of state-run enterprises.