China Mulls Retaliation After U.S. Blacklists Drone-Maker DJI and Others

By Timmy Shen and Zhai Shaohui 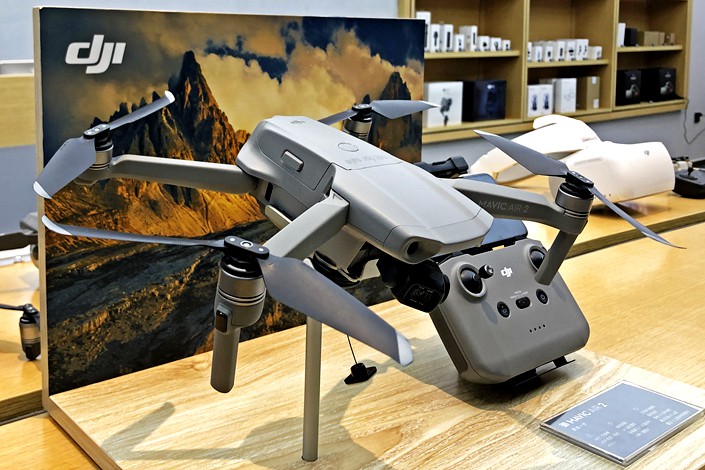 The U.S. on Friday added around 60 Chinese firms, including drone-maker DJI, to the entity list for what it called “actions deemed contrary to the national security or foreign policy interest of the United States.”

China’s Ministry of Commerce said in a statement (link in Chinese) over the weekend that the U.S. has “generalized national security and abused export controls to suppress other countries’ enterprises, institutions and individuals,” severely damaging the international economic order, free trade rules and the security of global supply chains.

Beijing’s response came after the U.S. on Friday added around 60 Chinese firms to the entity list for “actions deemed contrary to the national security or foreign policy interest of the United States,” according to a U.S. Department of Commerce statement.

Companies that are added to the list are denied access to U.S. technology. The U.S. said in the statement that it would, with a presumption of denial, review applications to sell technology products to Chinese companies such as Semiconductor Manufacturing International Corp. (SMIC) and SZ DJI Technology Co. Ltd., among dozens of other hi-tech aviation, telecoms, construction and scientific firms.

One way the Chinese government might retaliate against U.S. technology companies is using its own planned blacklist. China in September revealed more details of a so-called “unreliable entity list” floated by the Ministry of Commerce last year as part of tit-for-tat-sanctions. The list will aim to punish (link in Chinese) firms, organizations or individuals that damage national security. China did not disclose who might be included on the list.

The greatest near-term impact from the U.S. blacklist could be suffered by DJI, the world’s largest drone manufacturer, which held an estimated 70% to 80% of the global commercial drone market according to a June report of research firm Drone Industry Insights. No rival has more than 5% of the global market.

A drone industry source told Caixin the manufacturing of drones for the Chinese domestic market relies heavily on chips that contain technology from U.S. companies and that the impact on DJI would result from its current reliance on such chips.

Sanctions against Shanghai-based SMIC “stems from China’s military-civil fusion doctrine and evidence of activities between SMIC and entities of concern in the Chinese military industrial complex,” the U.S. Commerce Department said in the Friday statement.

SMIC produces semiconductors using state-of-the-art semiconductor technology of 10 nanometers (nm) or below. This makes it especially vulnerable to the American government’s planned presumption of denial of applications using any U.S. technology to “prevent such key enabling technology from supporting China’s military modernization efforts.”

SMIC denied this in a statement released Sunday. The pioneering Chinese semiconductor maker, a supplier to U.S.-based mobile chip giants Qualcomm Inc. and Broadcom Inc., said it “has never been involved in any operation involving military applications since its incorporation.”

Being placed on the U.S. blacklist has no immediate material adverse effect on SMIC’s short-term operations and financial positions, the company said, but will dramatically constrain its future research and development as well as plant capacity construction for advanced technology of chips produced at 10 nm and smaller.

However, a source from the U.S. semiconductor industry had previously told Caixin that it might also be harder for SMIC to continue its mainstay 14 nm, 28 nm and 40 nm production processes as they also rely heavily on equipment that depends on U.S. technology.

From a legal and procedural point of view, however, it is difficult to overturn the U.S.’ decision of including SMIC in the list to be sanctioned, Timothy O’Toole, a lawyer at Washington-based law firm Miller & Chevalier, told Caixin.

O’Toole, a veteran in dealing with economic sanctions and export controls, said SMIC might stand a chance of eventually winning removal from the U.S. blacklist, but that any reversal will take time, even if the new administration has a change of heart on the sanctions.