By Anniek Bao and Fang Wangzu 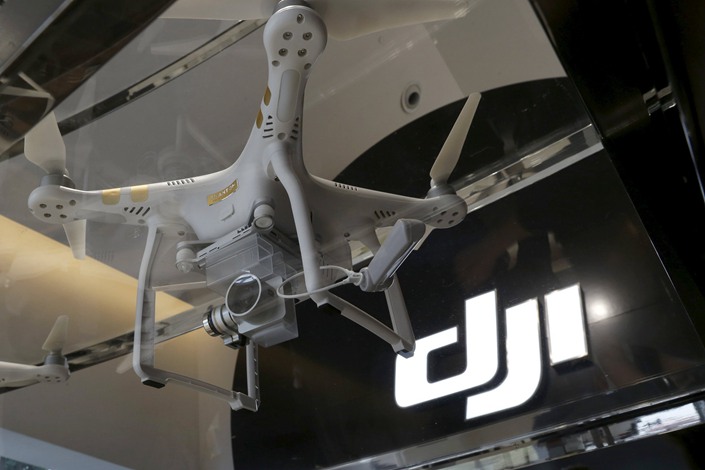 The world’s biggest commercial drone-maker SZ DJI Technology Co. Ltd. has denied reports that it has laid off the majority of its sales and marketing teams as it faces coronavirus headwinds and political tensions overseas.

On Monday, Reuters reported the company’s headquarters in Shenzhen had slashed its corporate sales and marketing staff from 180 to 60 in recent months and reduced the once 40- to 50-member global video production team to three people.

The drone highflyer described the report as “false” and the figures as “inaccurate,” but did not provide any figures of its own on the grounds that it does not “discuss personnel matters.”

A former employee at DJI’s headquarters told Caixin that the company started firing people there in March, mostly those on the sales and technical teams.

In the statement to Caixin, DJI said the staff changes were part of broader efforts to “realign talent” after the company realized in 2019 that its structure was “unwieldy and inefficient.”

“The number of layoffs in the first two quarters is not any bigger than those from the same period last year,” said Xie Tiandi, DJI’s public relations director, who added that the company reshuffles its staff on a regular basis.

Xie dismissed the report Monday in comments on social media that appeared to suggest that the Reuters report said DJI would sack its entire staff. Xie’s comments later went viral on China’s Twitter-like Weibo. Speculation about mass job cuts at DJI has been circulating on the platform for some time.

Although it was one of the first companies to reopen its business during China’s coronavirus outbreak in February, the veteran drone-maker has run into problems both at home and abroad since the pandemic swept across the world.

Logistics issues and a shortage of workers disrupted the company’s schedule in February and March, leaving its production capacity below 2019 levels, Xie told Caixin.

However, the company said in a statement to Caixin that the pandemic has created more opportunities to propel its drone technology into new areas, such as delivering medical supplies, scouting locations for temporary hospitals and testing sites, and ensuring that people follow public health directives.

The news comes as tensions continue to ratchet up between China and the U.S., with President Donald Trump issuing an executive order that will prohibit American companies from doing business with the Chinese-owned video app TikTok. Trump has threatened similar actions against Chinese-owned tech companies, including e-commerce giant Alibaba Group Holding Ltd.

DJI has 70% of the world’s commercial drone market, with 40% of its sales coming from North America, where it has been subject to similar criticisms from the U.S. government over national security concerns.