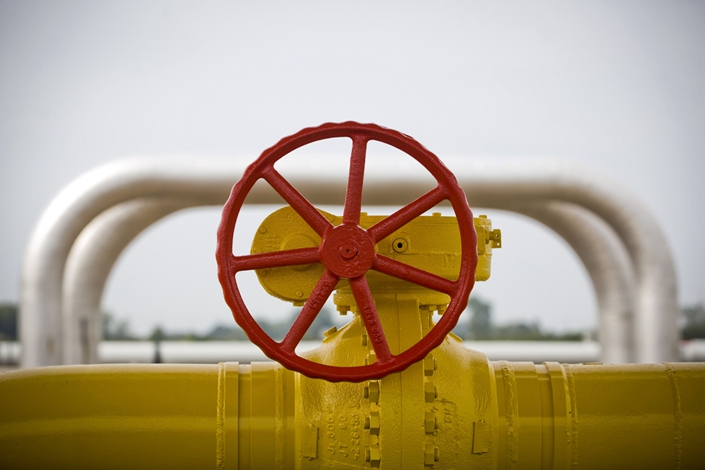 Kunlun Energy Co. will sell a 60% stake in a Beijing natural gas pipeline and a 75% stake in its Dalian LNG company for 40.9 billion yuan to the new state-owned firm known as PipeChina, according to a statement to the Shanghai Stock Exchange on Tuesday. Kunlun Energy is a PetroChina Co. subsidiary that owns the majority of a gas pipeline feeding Beijing, as well as LNG import infrastructure.

China Oil and Gas Pipeline Network Corp. is part of an effort by President Xi Jinping’s government to consolidate the nation’s major pipelines and other midstream facilities into a single firm, intended to boost competition among drillers and downstream oil and gas sellers. The entity officially started operations in October.

The sale values the Kunlun Energy assets at a 90% premium to book value, Morgan Stanley analysts wrote in an emailed note, while Daiwa Capital Markets pegged the premium at 97%. Both brokerages said the valuation exceeded market expectations.

In July, PipeChina reached an agreement with PetroChina and China Petroleum and Chemical Corp. to give them $56 billion in cash and shares for pipelines, storage tanks, LNG terminals and other facilities.

In the deal announced after market hours Tuesday PipeChina will pay for the Kunlun Energy assets in cash in two installments, PetroChina said in the stock market filing. The agreement also needs approval from authorities.

Kunlun expects to receive about 37 billion yuan in cash from the deal, and will spend half of it on a special dividend, 40% for developing its city gas utility business and 10% to pay down debt, the company said in a Hong Kong exchange filing. Morgan Stanley estimates this breakdown gives the firm nearly 15 billion yuan for city gas acquisitions, substantially ahead of peers’ spending plans.