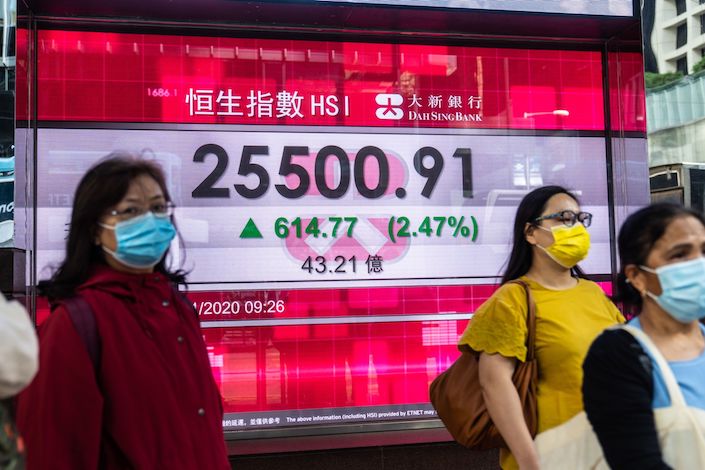 (Bloomberg) — Hang Seng Indexes Co. is considering wide-ranging changes to Hong Kong’s stock benchmark that would dilute the influence of its largest companies.

The five proposals include maintaining “a certain number of constituents classified as Hong Kong companies,” according to a 16-page consultation paper released Tuesday. Hang Seng is also considering increasing the number of companies to between 65 and 80 from 52, capping weightings at 8% instead of the current 10%, and fast-tracking new listings.

The sweeping proposal would affect tens of billions of dollars in pension fund assets and exchange-traded funds that track the index. It comes amid significant changes within the city’s stock market as a wave of Chinese giants choose the financial hub as a preferred venue.

Hong Kong’s benchmark index is near its lowest level versus the MSCI World Index in 17 years, and the gauge’s abundance of old-economy financial stocks has made it look outdated in an age when China’s tech giants have increasing sway.

“The objective of an index is to represent the local market, not the local economy,” said Kenny Wen, wealth-management strategist at Everbright Sun Hung Kai Co. “So yes, the benchmark will inevitably lose its Hong Kong color. The index could have higher valuations and greater volatility if these changes lead to the inclusion of more tech and health-care firms. It will be easier to trade.”

Launched in 1969, the Hang Seng Index started out with 33 constituents, rising to 38 in 2007 when it began to include H-share companies. In 2012, it expanded to 50 with the index covering roughly 60% of the aggregate market capitalization at the time, a number unchanged until this year.

The proportion of mainland companies increased to 79% of the index this year from 41.6% in 2005, according to Hang Seng’s consultation paper.

Hang Seng is soliciting feedback on the proposals through Jan. 24.