By Qin Jie and Timmy Shen 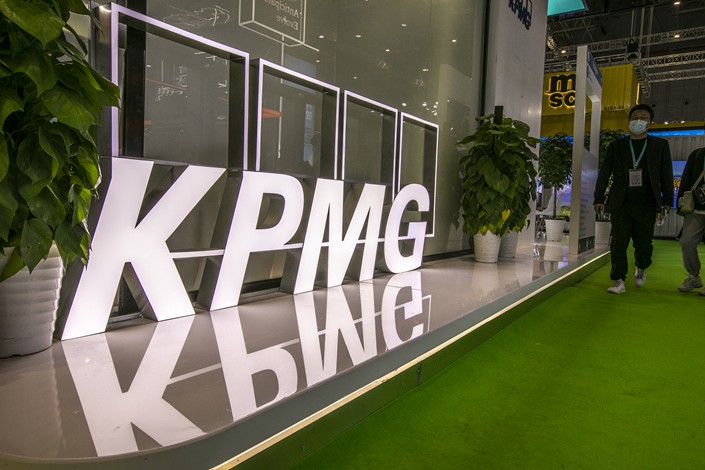 The Shanghai and Shenzhen stock exchanges are expected to record 383 new listings this year.

China will probably be home to three of the world’s top five stock exchanges that generate the most money from new listings this year, a new report showed.

The Hong Kong and Shanghai stock exchanges are expected to rank second and third among global exchanges for the amount of “IPO proceeds” — which consist of funds raised from IPOs and secondary listings — they generate in 2020, behind only the Nasdaq, according to estimates by KPMG International Ltd.

“Despite prevailing uncertainties marked by the COVID-19 outbreak as well as political, social and economic concerns, the global IPO markets remained resilient and ended strong in 2020,” Paul Lau, a partner and head of capital markets at KPMG China, said in the report.

The Shanghai and Shenzhen stock exchanges are expected to record 383 new listings this year for a combined 461 billion yuan ($70.4 billion), an 82% year-on-year increase in terms of funds raised, KPMG said in the report, making 2020 the most active year for new fundraising since 2011.

Louis Lau, a partner at KPMG China, said that the expansion of the registration-based IPO system this year has deepened reform to the Chinese mainland’s capital markets amid the country’s focus on fostering multi-level capital markets. “This would further increase market inclusiveness and coverage, assisting companies of different sectors meeting their funding demands, and further bolstering the real economy as a whole,” he said.

In August, the ChiNext board in Shenzhen replaced its approval-based IPO system with a new registration-based one, a move seen to compete with the Nasdaq-style STAR Market in Shanghai created last year.

The Hong Kong IPO market has also shown resilience amid the fallout of the Covid-19 pandemic. About 140 IPOs are expected to be completed in the city this year, raising HK$389.9 billion ($50.3 billion) in total. That figure represents a 24% year-on-year increase in funds raised, also marking the most active year for new fundraising in the city since 2011, according to the report.

In Hong Kong, homecoming listings are main drivers for the increase in fundraising, with nine U.S.-listed companies with Chinese roots completing their secondary listings, which accounted for about 34% of all funds raised in the city, the report showed.

Over the past year, Washington has stepped up efforts to tighten scrutiny of U.S.-listed Chinese companies amid a longstanding dispute over American regulators’ access to their audits. Earlier this month, the U.S. House of Representatives passed legislation that would ban any company from being listed on any American securities exchange if the U.S. auditing regulator is unable to view its audits for three years in a row. The bill, approved by the Senate in May and expected to be signed into law by U.S. President Donald Trump, is widely considered to target China.