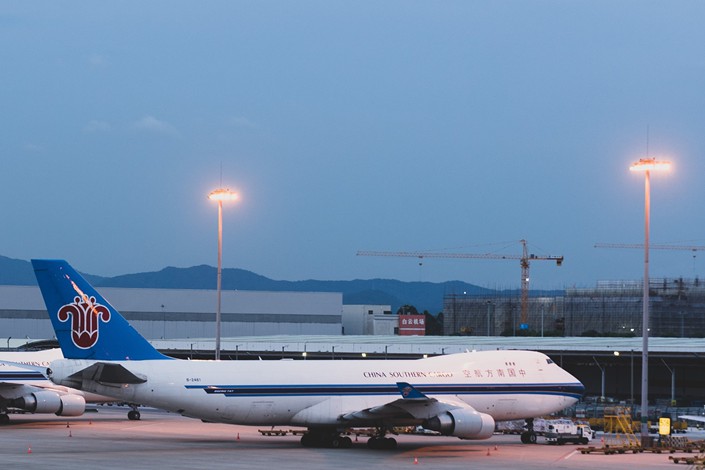 The cargo arm of China Southern Airlines Co. Ltd. has raised 3.35 billion yuan ($512 million) through a share sale, as part of a government-supported mixed ownership reform program that aims to reduce the carrier’s financing costs by bringing in private backers.

Seven private and Chinese state-backed investors — including Singapore-based logistics investment firm GLP Pte. Ltd. and Hong Kong-listed logistics company Sinotrans Ltd. — will hold a 40.5% share in China Southern Cargo Ltd., according to a statement filed by its parent to the Shanghai Stock Exchange on Tuesday. Employees of the cargo company will now collectively hold a 4.5% share.

China Southern Cargo is the last freight unit of China’s three flag carriers to open up to private investment. China’s central government in September called for the continued restructuring of the country’s logistics industry in a bid to reduce costs and promote supply chain coordination. Bringing private investors into state-owned logistics firms was first brought up by the authorities in 2017.

Air China’s cargo unit carried out its own mixed-ownership reform last month by teaming up with investors like Alibaba Group’s logistics arm Cainiao. Eastern Air Logistics, a freight unit spun off by China Eastern, was first out of the gate back in 2017, with its reform helping it to get back in the black that year.

Industry insiders have speculated that the cargo units of China Southern Airlines and Air China may follow Eastern Air Logistics by seeking an IPO, after the company filed a prospectus to the Shanghai bourse in July.

Beijing once dreamed of consolidating those three freight companies into a single giant capable of taking on global leaders like Germany’s DHL, but this collapsed after none of the companies was willing to give up control. After their reforms, the possibility of a merger is low in the short-term, said Yu Zhanfu, a partner in consulting firm Roland Berger’s Beijing office.