Opinion: What China Should Do Next to Globalize the Yuan 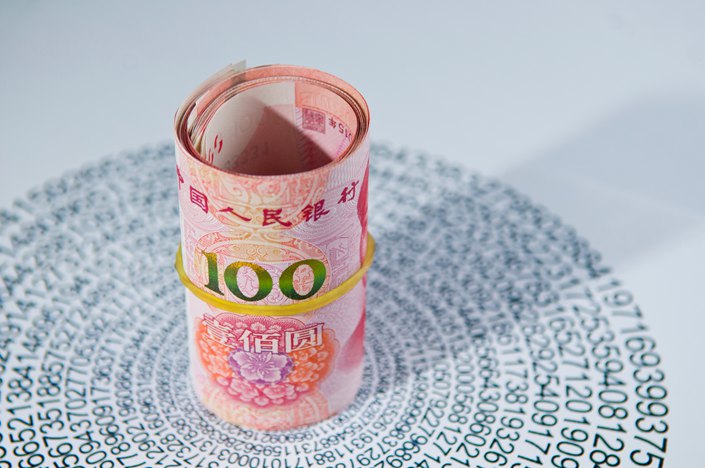 Gao Zhanjun is a former managing director of Citic Securities Co. Ltd. and a former visiting scholar at Harvard University.

The outbreak of the Covid-19 pandemic in 2020 severely impacted the global economy, and major economies have fallen into recession one after the other. As China contained the epidemic earlier, its economy has seen the strongest recovery, and the yuan has performed strongly. Against this backdrop, discussion of how to promote the internationalization of the yuan has once again heated up.

The internationalization of a country’s currency is largely a result of decisions made by the market and natural evolution, but it also needs to be promoted through a strategy that is implemented in a patient and sustained way. Policies adopted during a good window of opportunity can often get twice the result with half the effort. Japan offers a cautionary tale: The government avoided promoting the internationalization of the yen for most of the 1980s because it feared that appreciation would hurt the country’s export performance. But when efforts to internationalize the yen were ramped up in the 1990s, it was too late because the country’s economic status had already started to decline

Internationalization of the yuan really started only after the 2008 global financial crisis, and it soon attracted attention. There was a lot of optimism: Barry Eichengreen, an economist at the University of California, Berkeley, said in 2011 that the international monetary system would eventually rely on a powerful triangle — the U.S. dollar, the euro, and the yuan – and predicted that even if this didn’t happen by 2020 it would come sooner than many expected. Arvind Subramanian, a former chief economic adviser to the Indian government, said the same year that he expected the yuan would supplant the dollar as the world’s reserve currency around 2020. Takatoshi Ito, a renowned Japanese economist, was more cautious. In 2011, he said the yuan had a long way to go before it could challenge the dollar, although he didn’t doubt that the Chinese currency would meet the criteria necessary for internationalization around 2020 and that it would become a regional currency in Asia.

But the reality has turned out to be very different.

Various indicators show the yuan far from being an international currency: Data from the International Monetary Fund show that by the end of the second quarter of 2020, the yuan accounted for only 2.1% of the foreign exchange reserves held by around 150 central banks around the world, compared with the dollar at 61.3%, the euro with 20.3%, the yen with 5.8% and the British pound with 4.5%. In October, the yuan’s share of global payments was 1.66%, and the currency’s ranking fell to sixth place from fifth, according to data from SWIFT, the global financial messaging network that processes payments between countries. The euro’s share was 37.8%, the dollar’s 37.6%, the pound’s 6.9% and yen’s 3.6%.

It’s clear that from this point of view, the economists’ predictions were too optimistic. The main reason is that the yuan has not yet met the requirements necessary to become a global currency. It is generally believed that three conditions are needed: a large economy; confidence in the value of the currency, which is influenced by factors such as whether it is controlled, how volatile it is, its long-term trend and the sovereign credit rating; and deep, liquid and open domestic financial markets.

Jeffrey Frankel, an international macroeconomics professor at Harvard University, said in 2012 that while China basically satisfied the first two requirements, it was far from meeting the third. And in October 2019, after reassessing the international status of the yuan, he said the currency’s lack of progress was precisely because of the lagging development of China’s financial markets.

Frankel’s view that the development of deep, liquid and open financial markets is crucial for currency internationalization has no shortage of proponents. Economists Ethan Ilzetzki, Carmen M. Reinhart and Kenneth S. Rogoff published a paper in February this year titled “Why Is the Euro Punching Below Its Weight?” which explored why the euro had underperformed as an international currency since its introduction by the European Union in 1999. The status of the euro in global markets, in terms of its role as a reference in exchange rate arrangements and as a currency for the denomination of trade and assets, has been roughly constant. The role it plays is no larger than that of the deutschemark or of the French franc which it replaced, and it accounts for a far smaller share than that of the dollar. The economists attribute the euro’s position as only a regional currency to severely fragmented financial markets in Europe and the comparatively scarce supply of safe assets denominated in the euro.

Even those who were optimistic about progress in the internationalization of the yuan a decade ago also thought that an important prerequisite was the successful development of highly open, deep and liquid financial markets.

Given that this is the biggest shortcoming holding back the yuan, China needs to make greater efforts to improve the depth, breadth and liquidity of domestic financial markets. It also needs to make the exchange-rate mechanism more flexible and expand financial opening. At the same time, China should further improve the infrastructure for cross-border settlements using the yuan and actively explore the potential role of its digital currency to facilitate internationalization of the currency.

The article has been edited for length and clarity.