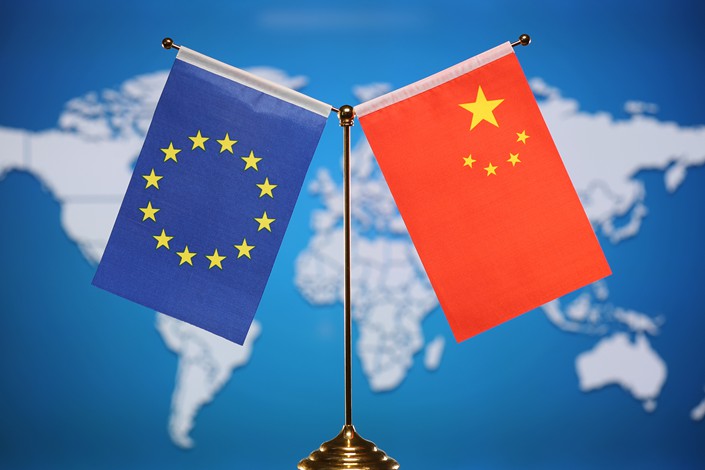 The two sides agreed on a timeline for finalizing the legal text, which will take several months, according to Reuters. Once concluded, the agreement will have to be ratified by all EU member states before it can come into force.

In Beijing, Xi said the accord shows China's determination and confidence in advancing high-level opening-up and will make significant contributions to the building of an open world economy, according to the official Xinhua news agency.

The European Union Chamber of Commerce in China hailed the agreement, saying in a statement that it expected Brussels and Beijing to build on the political agreement and “deliver an enforceable pact.”

“We eagerly await the release of the details of this political agreement and hope to find a robust and bold conclusion,” said Joerg Wuttke, the chamber’s president. “A strong agreement would be a powerful statement to show that constructive engagement can produce results.”

The announcement beat a year-end deadline that the two sides adopted during a September summit. It also arrived ahead of the Jan. 20 inauguration of U.S. President-elect Joe Biden, who vowed to form an alliance with allies in challenging China.

On Dec. 22, Jake Sullivan, the incoming U.S. national security adviser, retweeted a news report on the China-EU investment talks and commented that “the Biden-Harris administration would welcome early consultations with our European partners on our common concerns about China’s economic practices.”

However, in Brussels, Von der Leyen said on Twitter that the CAI will “improve the status quo for a fairer treatment of our companies,” including transparency on subsidies and discipline on Chinese state-owned enterprises, more market access for EU businesses, and no more forced technology transfers and other distortive practices.

According to the European Commission, the EU’s executive branch, the agreement will prevent China from backtracking on its offer of market access, eliminate equity caps or joint-venture requirements in a number of sectors, and preserve EU sensitivities, such as in the fields of energy, agriculture, fisheries, audio-visual and public services.

In the automobile sector, China agreed to remove and phase out joint-venture requirements. China will commit to market access for new-energy vehicles, the European Commission said.

Beijing agreed to lift an investment ban on cloud services, which will now be open to EU investors subject to a 50% equity cap, according to the commission.

Hosuk Lee-Makiyama, director of European Centre for International Political Economy (ECIPE), told Caixin that there was a “strong consensus” in the European Council and an absolute majority of the 27-country bloc is happy with the market access package in the agreement.

“The general view is that we should take China’s offer and run,” he said. “Europe has been asking for an investment agreement with China for a decade now. For China, it is worthwhile to take the opportunity while Merkel is in charge.” A strong supporter of the agreement, Merkel will retire next year.

However, he said the agreement itself is so “one-sided” in terms of gains for the EU in China that Beijing would press for concessions from Brussels outside the agreement.

“Through this deal, the EU can claim that its companies have gained important new commercial opportunities, including in sectors that have largely been off limits in China,” said Wendy Cutler, vice president at the Asia Society Policy Institute, and James Green, senior advisor at McLarty Associates, in a jointly produced analysis.

“For Beijing, the Chinese leadership can tout its commitment to market opening and reform at a time when such claims are increasingly being questioned around the world,” they wrote.

But the two U.S. experts also expressed concerns that the CAI could complicate U.S.-EU and broader cooperation on China. For instance, the CAI reportedly includes language on forced technology transfer, subsidies, and state-owned enterprises ― which are also key concerns to the U.S.

“The CAI language on these and other issues is likely to raise differences with regards to ambition, which could temper European interest in working further with the United States,” they wrote.