Opinion: China and EU Should Push Investment Talks to Completion 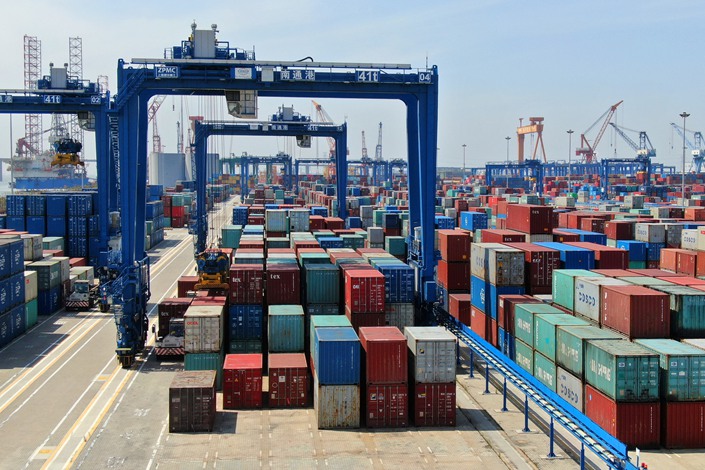 China and Europe started negotiations between high-level representatives, and the two sides finally made positive progress on several major points

Against the backdrop of continued spread of the epidemic and still-difficult recovery of national economies, there is much concern about progress of the more than seven-year-old negotiations for a bilateral investment agreement between China and the EU, which were to conclude by year-end.

Despite recent murmurs around this priority for two of the world's most important economies, there has been some noise outside China about putting the talks on hold. But a spokesman for the Chinese Ministry of Commerce made it clear in its latest response to related issues Dec. 24 that China is committed to promoting a high level of opening-up to the outside world.

China “will carry out external negotiations at its own pace and strive to reach a comprehensive, balanced and high-level investment agreement with the European side, while safeguarding its own security and development interests,” the spokesman said. He also pointed out that completion of an agreement requires “joint efforts and mutual cooperation” between China and Europe.

For Europe, a bilateral investment agreement of a high standard with China would not only enable European companies in a wider range of sectors — such as energy, communications and electric vehicles — to benefit from China's opening-up initiatives. It could also become a window for European countries to demonstrate their ambition for “European strategic autonomy” by “speaking with one voice” as calls for greater autonomy and coordination in the EU on a wide range of matters have been galvanized during the four years of the Trump administration.

European companies are certainly not the only ones that can benefit from the mutual deepening of the opening between China and Europe. In the future, as Chinese companies expand their access to the European market, more and more Chinese companies will begin to approach the EU's high standards in areas such as green production, personal data protection, and transparency and compliance in project bidding. China will also have the opportunity to upgrade the quality of its industry as many of the EU's world-standard regulatory rules and requirements will also become a reference for China to regulate its own industrial development.

In recent years, in the face of intensifying economic and trade strife between China and the U.S. and the rising trend of protectionism and unilateralism among countries, China-EU cooperation has long been an important breakwater for maintaining the global multilateral order and resisting the international shocks caused by the outgoing Trump administration's “America First” policy. Previously, against the backdrop of highly pressured relations between China and the U.S. and the U.S. and Europe during the Trump presidency, China and the EU sought to reach an agreement that would balance and strengthen China-EU economic and trade relations as soon as possible, partly as a hedge against the destructive impact of the Trump administration on the global system.

However, under the new administration of American President-elect Joe Biden, who has always advocated repairing relations with Europe, will the momentum of the China-EU negotiations be weakened by expectations of closer relations between the U.S. and Europe? French Ambassador Laurent Bili countered this speculation at a public event in mid-December, saying that by timing the agreement before the change of U.S. administrations, China and Europe could send a signal that a “balanced agreement” is possible and the way the Trump White House has negotiated internationally may not be the best way to achieve results.

China's willingness to step up talks with Europe on differences and difficult issues around market access — such as digital technology, sustainable development, and labor rights — despite clear declarations that the U.S. wants to return to the international multilateral arena and reshape its relations with its allies, also shows that China's interest and commitment to deepen China-Europe cooperation and actively participate in the multilateralism agenda is not shaken or affected by changes in the external geopolitical environment.

The strong willingness of Chinese leaders to conclude the China-EU investment agreement negotiations by the end of the year builds on the previous expansion of China's pilot free trade zones to 21, the promotion of the construction of Hainan Free Trade Port, taking the lead in concluding the Regional Comprehensive Economic Partnership negotiations and expressing its positive consideration of joining the Comprehensive and Progressive Trans-Pacific Partnership.

These liberalization initiatives, launched gradually in the shadow of the pandemic, show that China's active promotion of openness is an important strategy based on its own interests and development needs, and it will not be stopped by sudden shocks in the external environment.

German Chancellor Angela Merkel is scheduled to leave office before the German federal elections in 2021, and French President Emmanuel Macron will enter the last year of his five-year term in 2021. As Biden takes office Jan. 20, 2021, the combination of leadership changes could cast uncertainty on the future of China-EU relations while also underlining the importance of 2020 as a window of opportunity for China-EU cooperation.

Now that the negotiations have reached the final sprint stage, resolving the remaining issues will require political determination on both sides. As President Xi Jinping said in a phone call with Macron in early December, “under the new situation, the global and strategic nature of China-EU cooperation has become more prominent.”

Amid the unprecedented global changes caused by the pandemic, how to enhance strategic mutual trust between China and Europe and inject more stability into an uncertain world by expanding two-way openness is testing the strategic determination and political wisdom of both sides.

Wang Zili is an international news reporter at Caixin Media.