China Allows for a Strong Yuan, but Not Too Strong 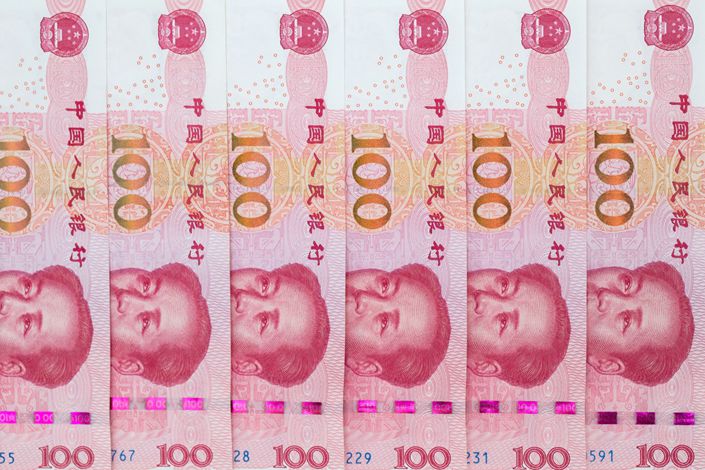 Chinese 100 yuan banknotes are arranged for a photograph in Hong Kong on April 23, 2020. Photo: Bloomberg

(Bloomberg) — China’s central bank signaled it will stomach a strong yuan without encouraging more gains, suggesting the currency will stabilize at around the highest level in more than two years.

The People’s Bank of China set its fixing at 6.4604 per dollar on Wednesday, 0.06% weaker than the average estimate in a Bloomberg survey. The offshore yuan pared gains after the rate was released. The move came after the exchange rate traded onshore erased a gain of as much as 0.5% in an abrupt move on Tuesday, as a few big state lenders were seen to be selling the currency against the greenback.

While a slide in the dollar has supported most Asian currencies, the yuan has emerged as one of the best performers in the past six months. It has been bolstered by China’s economic recovery from the virus pandemic and capital inflows chasing the yuan’s wide interest-rate premium versus the rest of the world.

Beijing already made several moves to rein in the yuan’s rally. Late last year, the authorities made it cheaper for traders to bet against the currency, and allowed onshore investors to buy more overseas assets. A yuan that’s too strong could erode the competitiveness of Chinese exporters, hence jeopardizing the country’s economic rebound.

This week, the onshore yuan traded at the largest premium over the reference rate since November, reflecting strong demand for the currency in the spot market. The fixing limits the yuan’s movements by 2% on either side.

The offshore yuan has been trading at stronger levels than the onshore rate for 25 days in a row, the longest stretch since 2017. The currency traded overseas is usually a better gauge of investor sentiment, as it’s subject to less official influence. So the gap is a reflection of optimism toward the yuan.

Overseas funds increased their holdings of onshore bonds and stocks by more than 30% in the nine months through September, official data showed.

Buying momentum is so strong that there are signs that the rally is overdone. The dollar-yuan’s 14-day relative strength index has reached a level that to some traders may suggest a correction is around the corner. The China Securities Journal — one of the country’s most widely-circulated financial dailies — said analysts expect the appreciation to slow.