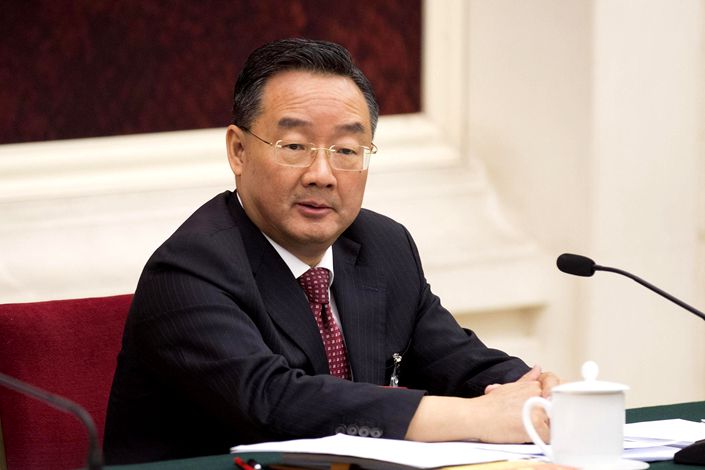 China’s agriculture minister has added to concerns about food security, hinting that the country’s agricultural sector should embrace technology to ensure people have enough to eat.

In an interview published Sunday by the state-run Xinhua News Agency, Tang Renjian (唐仁健) said the world’s biggest food importer must make better use of seeds and arable land, describing them respectively as the “microchips” and “lifeblood” of food production.

In a show of support for agricultural self-sufficiency, he said: “Chinese bowls must be filled with Chinese grains, and Chinese grains must be grown from Chinese seeds.”

Tang’s comments come as China seeks to rebalance its economy toward greater self-reliance and follow remarks by other officials in favor of agricultural technology. The Asian nation has long fretted over food security: It contains around 20% of the world’s population but only about 7% of its arable land.

Tang said China must produce 1.3 trillion catties (860 million tons) of grain per year to guarantee its food security and drive the development of the world’s second-largest economy through the next five-year plan, which will shape government policy through 2025.

He also called for China to “fight hard to turn around” its seed industry to catch up with industry-leading developed economies and resolve “stranglehold problems,” a term often applied to security issues arising from overreliance on foreign technology.

While Tang did not explicitly mention the use of new technologies in Chinese farming, his remarks align with previous calls from officials to adopt innovative seed technologies to resolve food security issues, even though common solutions like genetically modified (GM) crops remain unpopular with consumers.

Last week, a high-level official in the ministry’s science and technology education office said technological innovations were the “basic way” to guarantee enough food for the population.

And last month, Chinese leaders agreed at a major economic conference to “resolve seed and arable land issues” by the end of the year through “respect for science” — a phrase interpreted by many as signaling tacit support for the greater use of GM.

Despite a year in which the Covid-19 pandemic roiled global supply chains and devastating floods hit much of southern China, the country still produced a record 1.34 trillion catties of grain, Tang previously announced. The figure represents a 0.85% increase on the country’s grain output (link in Chinese) in 2019.

Nonetheless, the domestic food supply remains a “tight balance,” and China must become more self-reliant to “respond to uncertainties in the external environment,” he said in previous remarks reported by Xinhua.

The agriculture ministry has previously said it will guarantee that “the area sown to grain only increases and never decreases in every province” in 2021.