China Maps Out Rules for Cranking Up National Carbon Market 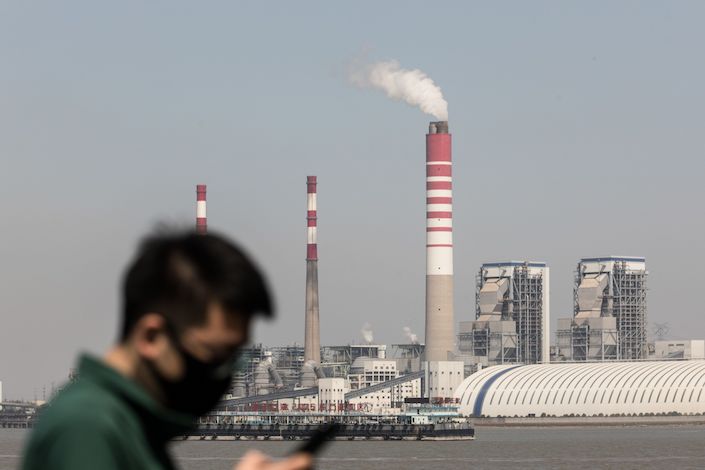 China issued overarching rules for carbon trading, laying out the regulatory framework for a long-awaited national market as the world's biggest emitter of greenhouse gases including carbon dioxide (CO2) moves to fight the causes of global warming.

The Ministry of Ecology and Environment issued the rules Tuesday governing nationwide carbon trading, effective Feb. 1. Under the rules, provincial governments will be allowed for the first time to set pollution caps for big power companies. China is pursuing a goal of decarbonizing the economy by 2060.

The new document provides the general framework for the carbon market, which can be expected to start operating in the second quarter, said Chen Zhibin, a senior analyst at SinoCarbon Innovation & Investment Co. More detailed guidelines are to be issued to supplement the general rules, Chen said.

A carbon trading system is believed to be an effective tool for reducing greenhouse gas emissions worldwide. The concept involves setting increasingly stringent limits on carbon emissions. Businesses and other enterprises whose emissions fall below the limits can then sell unused carbon credits to emitters that can’t meet pollution control requirements.

This puts a price on carbon emissions and creates incentives for businesses to reduce the amount of greenhouse gases they spew into the atmosphere.

China since 2011 started pilot carbon trading in selected cities including Beijing, Tianjin, Shanghai and Shenzhen, but a unified national carbon market is still to develop.

Chinese regulators have stepped up efforts to encourage a national carbon market as the country set ambitious goals to cut emissions. President Xi Jinping pledged that China will reach peak CO2 emissions before 2030 and achieve carbon neutrality by 2060. At the December Climate Ambition Summit, Xi made further commitments that the country will lower its CO2 emissions per unit of GDP by 65% from the 2005 level in 2030.