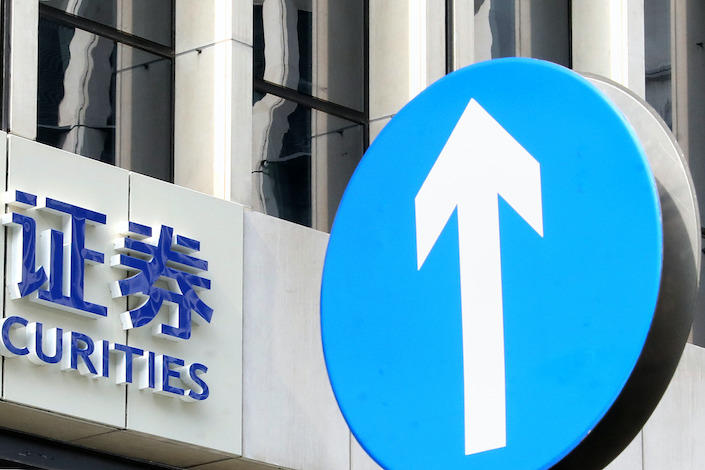 A brokerage was willing to charge a 0.007% underwriting fee to handle a bond sale for a large state-owned enterprise.

Fierce competition to underwrite bond offerings by big state-owned enterprises is forcing brokerages to offer their services at next to nothing or even at a loss, a trend that prompted regulators to issue a series of rules to restrain vicious competition.

Eventually the issuer didn’t pick the brokerages offering the lowest fee, but the average rate charged by the three winners was just 0.03%, meaning three brokerages would share a fee of 1.2 million yuan.

Brokerages are eager to handle large state-owned enterprises’ bond offerings for ultralow fees, hoping to build relationships with deep-pocket clients for future deals and generate revenue from related business. In the U.S., underwriting fees average about 0.7% on investment-grade corporate bonds, meaning that for a $1 billion issue, borrowers would pay underwriters about $7 million. Underwriting fees in China are generally lower, but a normal rate for large state-owned issuers should be at least 0.1%, according to an investment banker.

In a 10 billion yuan bond sale by state-owned China Railway Construction Investment Corp., seven brokerages competed for four underwriter spots. Three of them offered an underwriting fee as low as 0.01%, and the highest rate was 0.03%, according to people familiar with the bidding.

China Railway announced winning brokerages Wednesday, and Guotai Junan Securities Co. Ltd., which offered a 0.03% underwriter fee, was not among them.

In July, after the winning bid for underwriting a 2 .1 billion yuan bond sale by another subsidiary of China National Nuclear was as low as 0.01%, the Securities Association of China initiated a self-discipline investigation (link in Chinese) of the eight brokerages that participated in the bidding.

The association warned of “self-disciplinary measures” if the brokerages — including Guotai Junan Securities, Haitong Securities, China International Capital Corp. and Citic Securities — are found to have violated rules in pitching for the underwriting business.

The Securities Association of China has also got 27 brokerages to sign a similar self-disciplinary agreement in November 2019. But industry insiders said these self-disciplinary pacts are only gentlemen’s agreements, not mandatory regulation as they lack binding force and effective implementation.