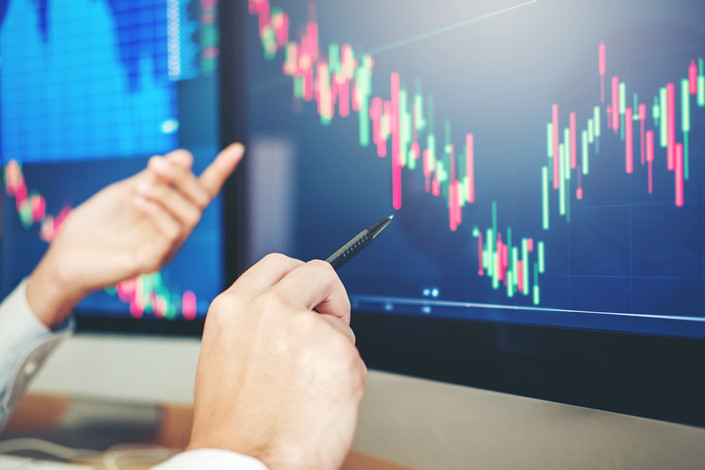 An industry association steps in as the price war in bond underwriting intensifies. Photo: IC Photo

Over the last three years, the price wars in the bond underwriting business have grown increasingly serious and their negative impact on the market has grown.

Several industry players say that many securities firms have been offering extremely low prices — or even free services — partially in order to acquire clients for other, more profitable parts of their business. Large firms are the main culprits, especially when it comes to bidding on high-quality, low-risk projects.

The CSRC-backed Securities Association of China (SAC) also stepped in. Last month, the association sought advice from securities firms on a new draft of rules on securities firms’ participation in the bond businesses, including underwriting, Caixin has learned from industry insiders.

According to a document seen by Caixin, the new draft regulations do not contain a section from a previous draft of the rules, issued in 2017, which linked access to the license that allows a firm to be lead underwriter on a bond issuance to the size of a firm’s underwriting business — based on the overall value of the bonds they underwrite, not their own revenue.

While the 2017 draft has never come into effect, companies’ concern that this rule could be enacted has contributed to fierce competition as firms have rushed to inflate the value of their underwriting business.

On the market level, the homogenization of bond underwriting services and the increasing number of methods companies can use to issue bonds have also helped depress underwriting fees. Additionally, large securities firms can afford to charge high-quality clients a low price for underwriting bonds, as they profit from offering them other services such as refinancing, equity investment and asset management.

Excessive price competition has lowered the quality of bond underwriting practices, and contributed to a wave of bond defaults since last year.

Compared with the 2017 version, the new draft places greater emphasis on compliance and the quality of internal control, an investment banker told Caixin. The draft of the new rules will evaluate bond underwriters on a points scale, taking into account their ability to comply with rules and control risk.

However, others in the securities business worry that the new scoring system will merely solidify the status quo that allows the strong to get stronger and make it even harder for weaker firms to effectively compete.

The Guangdong CSRC branch did not disclose the price of the bid placed by GF Securities, but bidding below cost is common among securities firms, especially among large brokers competing for underwriting bonds issued by large, well-established firms that are perceived as low-risk.

A number of bond investment bankers told Caixin that competition to underwrite high-quality projects is fierce.

For example, underwriting fees for a 10 billion yuan ($1.48 billion) project may amount to just 10,000 yuan — not enough to even cover the underwriting team’s travel expenses. One small brokerage set its underwriting fees so low that all of its bond underwriting projects — excluding those involving real estate bonds — reported losses, an investment banker said.

As this price war — which an investment banker at a large securities firm told Caixin began in 2016 — continues, underwriting fees have also continued to shrink. Before this trend, a securities firm could set its underwriting fees at up to 1% of the total fund raised through a bond issuance. Now, amid fierce competition, fees can be as low as 0.1% of the cash raised.

In June 2018, the SAC issued a notice that analyzed bond underwriting fees between October 2017 and March 2018. The notice reviewed 697 deals conducted during that time and showed that the average fee came to just 0.44% of the cash raised. Of the deals analyzed, underwriters on 62 corporate bond projects charged companies 0.1% or less of the fundraising amount, including 21 projects where the fee was 0.01% or less. A total of 52 projects saw no fee at all.