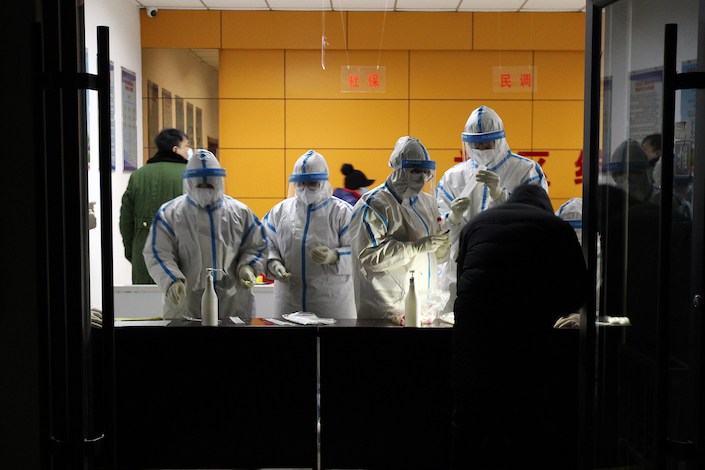 Citywide virus tests has been rolled out in Shijiazhuang

What’s new: Shijiazhuang, the capital of north China’s Hebei province neighboring Beijing, was locked down after the emergence of dozens of new Covid-19 cases in the country’s worst outbreak in months.

The background: The tightened lockdown measures followed a surge of new virus cases in Hebei over the past two days. The province recorded 120 new infections Thursday following 117 cases Wednesday. Among the new positive cases reported Thursday, 50 were discovered in Shijiazhuang.

The recent outbreak in Hebei, traced to a case reported Jan. 2, came as several scattered flare-ups were reported across China, from Chengdu in the southwest to the northeastern port city of Dalian. Hebei authorities announced a region-wide “wartime mode” to curb the latest outbreak.

Three local Shijiazhuang officials have been punished for failure to contain the spread of the disease.