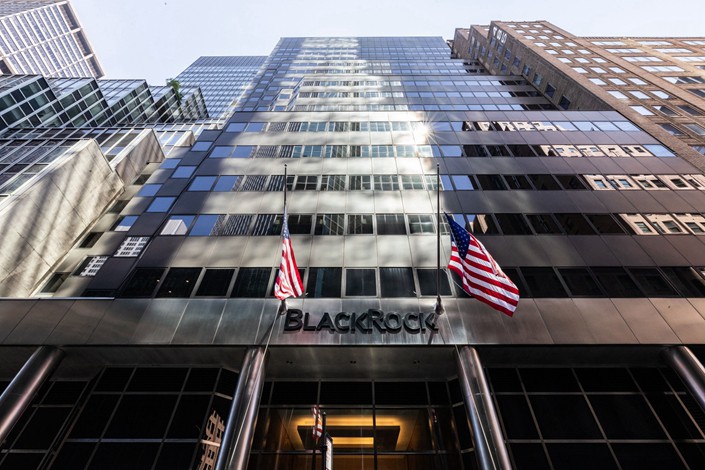 American flags fly at the entrance to BlackRock Inc. headquarters in New York

(Bloomberg) —BlackRock Inc. has been selling stakes in three Chinese telecommunication providers after the U.S. put them on its sanctions list.

The world’s largest money manager reduced its holdings in China Mobile Ltd., China Telecom Corp. and China Unicom Hong Kong Ltd. in recent weeks and plans to keep selling, according to a person with knowledge of the matter. One of the biggest outside shareholders in the companies, BlackRock is responding to the executive order issued by President Donald Trump in November barring investments in companies deemed to be owned or controlled by China’s military.

The mandate was part of Trump’s effort to clamp down on China in the twilight of his presidency. His administration has sought to sever economic links and deny Chinese companies access to American capital, especially those judged to pose a threat to U.S. national security. The order caused confusion among financial firms in the U.S. and Hong Kong, as well as at the New York Stock Exchange, which changed course several times on whether to delist the telecom companies’ American depositary receipts.

“IShares ETFs have adjusted and will continue to be responsive in accordance with their respective indexes’ treatment of securities impacted by recent U.S. sanctions on certain Chinese companies,” BlackRock said in a note to clients. “Our funds continue to function as designed -- seeking to track the performance of their indexes, trading efficiently and offering daily transparency to holdings.”

Chinese companies affected by the ban are being removed from indexes run by MSCI Inc., S&P Dow Jones Indices and FTSE Russell.

BlackRock was the second-largest holder of China Telecom shares with a 7% stake as of Wednesday, according to data compiled by Bloomberg. It owned 0.2% of both China Mobile and China Unicom shares as of Friday. The New York-based firm oversaw $7.81 trillion at the end of September.

Other fund managers are rushing to comply with Trump’s order. Wheaton, Illinois-based First Trust on Monday filed a supplement to the prospectus for several funds that hold these stocks, including First Trust Nasdaq Technology Dividend Index Fund, saying the companies cited in the order would be removed from their portfolios.

Goldman Sachs Group Inc., Morgan Stanley and JPMorgan Chase & Co. plan to delist 500 structured products in Hong Kong, recent filings show. The city is the world’s biggest market for such contracts, with more than 12,000 of them, according to Hong Kong Exchanges & Clearing Ltd.

The products being withdrawn by the banks include warrants and callable bull/bear contracts on the Hang Seng Index, the Hang Seng China Enterprises Index and China Mobile. The $14 billion Tracker Fund of Hong Kong, managed by State Street Global Advisors Asia, the island’s most actively traded ETF, won’t make new investments in companies covered by the ban after saying it’s no longer “appropriate” for U.S. investors.