By Liu Denghui and Matthew Walsh 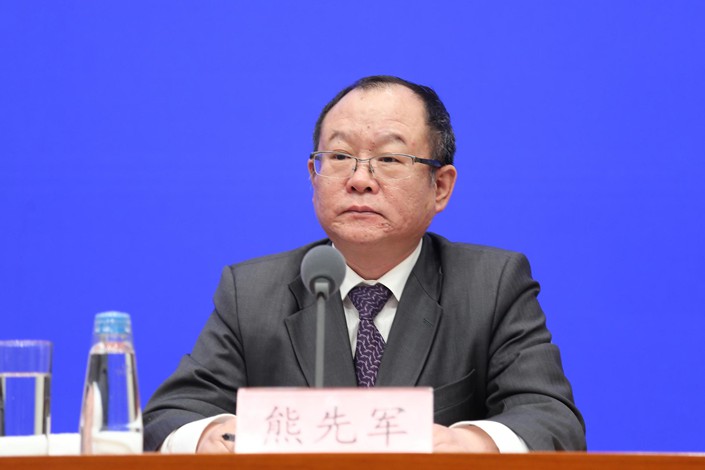 No imported forms of a key type of cancer drug will be available on China’s public health insurance this year because the government and multinational pharmaceutical firms were unable to strike a deal to set lower prices, a high-level official involved in the negotiations has said.

Last month, the National Healthcare Security Administration (NHSA) included three Chinese developers of frontline cancer drugs in the public insurance system, allowing patients to access the treatments at a fraction of their full price. However, two imported medicines developed by Bristol-Myers Squibb Co. and Merck & Co. Inc. were not included.

In an interview with Caixin, Xiong Xianjun, the head of the NHSA’s medical service administration office, said the government and foreign drugmakers were unable to reach an agreement during talks that sought to keep cancer treatments below the current price of sintilimab, a lymphoma drug co-developed by China’s Innovent Biologics Inc. and U.S. drug giant Eli Lilly & Co. that became available under the public insurance system last year.

Xiong’s comments come after some drug companies agreed to slash prices of certain new medications by an average of 51% to become eligible under government-backed insurance plans, which cover most of China’s 1.4 billion people and can reimburse between 60% and 90% of the cost of treating common diseases.

At the center of the negotiations was the status of PD-(L)1 inhibitors, a group of frontline cancer drugs that block so-called “checkpoint” proteins that can prevent the immune system from killing cancer cells. Around 4.5 million people in China develop cancer per year, according to the Global Cancer Observatory, a body affiliated with the World Health Organization’s specialized cancer agency.

The NHSA decided prior to the start of the talks that none of the seven proposed new PD-(L)1 inhibitors were to be more expensive than sintilimab, Xiong said.

While Chinese drugmakers accepted those terms more readily, foreign enterprises “were unable to lower their prices,” possibly because “their expectations are comparatively high and they come under pressure from international pricing systems,” he said.

Regulators were unable to make deals for Bristol-Myers’s nivolumab, sold under the brand name Opdivo, and Merck’s pembrolizumab, sold as Keytruda. The drugs may still be available in China on the private market.