Foxconn, Geely Plan Venture to Make Cars for Other Automakers 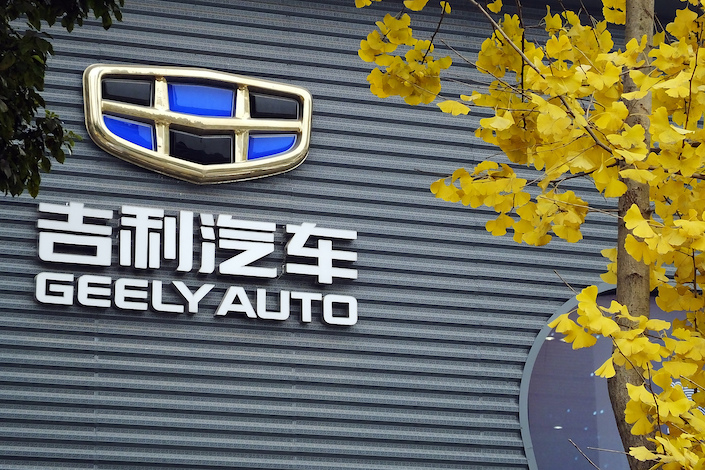 Foxconn and Geely will each own 50% of the joint venture, though Foxconn will hold a majority of board seats and name the chairman.

IPhone assembler Foxconn Technology Group and the Chinese owner of Volvo Cars will set up a joint venture to provide contract manufacturing for global automakers, the companies said Wednesday.

Foxconn and Zhejiang Geely Holding Group will each hold 50% of the joint venture and will provide consulting services on electric vehicle technologies to automakers, the companies said in a statement.

Apple Inc. reportedly plans to launch a self-driving electric car by 2024. As a major Apple contract manufacturer, Foxconn is speculated to become a major contender to make cars for its largest customer.

Geely told Caixin that the joint venture hasn’t been registered and the company has no interested clients so far.

It was the second deal to be announced this week by Geely, which linked up with Chinese search giant Baidu to co-develop intelligent electric vehicles. Geely said the cooperation with Foxconn is different from the partnership with Baidu. The joint venture with Foxconn will introduce a model of information and communication technology, aiming to help clients in areas beyond the existing auto industry model and accelerate the transformation of innovative and efficient manufacturing supply-chain systems and business models.

Based on composition of the board of directors, Foxconn will hold more power in the joint venture, with three of five board seats and the right to name the chairman.

Foxconn unveiled its ambitions for electric vehicles in October. Chairman Liu Young-way said it aims to provide components or services to 10% of the world’s electric vehicles in five to seven years and has been in talks with multiple car manufacturers for future cooperation.

Since January 2020, Foxconn announced a series of partnerships with automakers. It first reached a 50-50 joint venture deal with Fiat Chrysler Automobiles to develop and make electric vehicles in China, but that partnership has been delayed until Fiat completes its merger with French rival Peugeot.

In February 2020, Foxconn also set up an EV joint venture with Taiwanese carmaker Yulon Motor, which produces Nissan and Mitsubishi cars for Taiwan.

Earlier this month, Foxconn signed a strategic cooperation deal with embattled Chinese electric-vehicle startup Byton Ltd., aiming to start mass production of the Byton M-Byte by the first quarter of 2022.