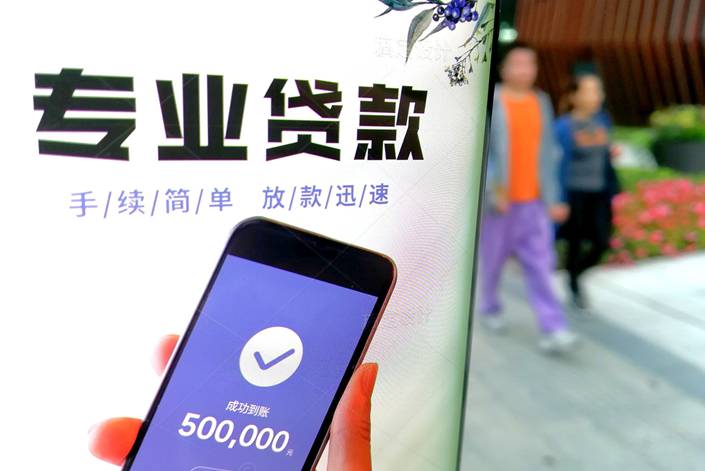 Unlike banks, small-loan companies do not absorb deposits and they use their own funds or borrowed money to lend. They are a major source of financing for small and micro businesses in China.

China’s highest court has clarified that small-loan companies approved by local financial regulators are not subject to a new cap on interest rates for private lending.

The explanation by China’s highest court removes the ambiguity of a ruling last year that many such small lenders had worried would hurt their businesses.

The Supreme People’s Court’s (SPC) cap on private lending also does not apply to six other types of financial institutions regulated by local financial regulators, including financing guarantee companies and pawnbrokers, according to the SPC’s reply to Guangdong province’s high court, dated Dec. 29 and seen by Caixin.

The ruling, which took effect in August, covers private loans by individuals and companies without a lending license, granting them legal protections as long as they lend at interest rates at or below the cap, which is four times the one-year national loan prime rate (LPR), a benchmark lending rate.

The one-year national LPR currently stands at 3.85%, putting the current cap at 15.4%. That’s far less than the previous cap of 24% that was set by a 2015 SPC judicial interpretation.

The SPC’s latest reply may ease the worries of many small lenders given the earlier ambiguity about whether they were private lenders or financial institutions. Some industry insiders had feared that their businesses would be hurt if the August ruling applied to small-loan companies, making it even more difficult for small-business borrowers to get financing.

Unlike banks, small-loan companies do not absorb deposits and they use their own funds or borrowed money to lend. They are a major source of financing for small and micro businesses in China.

Currently, there is no official regulation on lenders that do not take deposits, a major reason why some legal issues about small-loan companies have not been clarified. Last month, Li Junfeng, an official at the top banking regulator, said (link in Chinese) regulators would push ahead with launching such a regulation.