By Shan Yuxiao and Timmy Shen 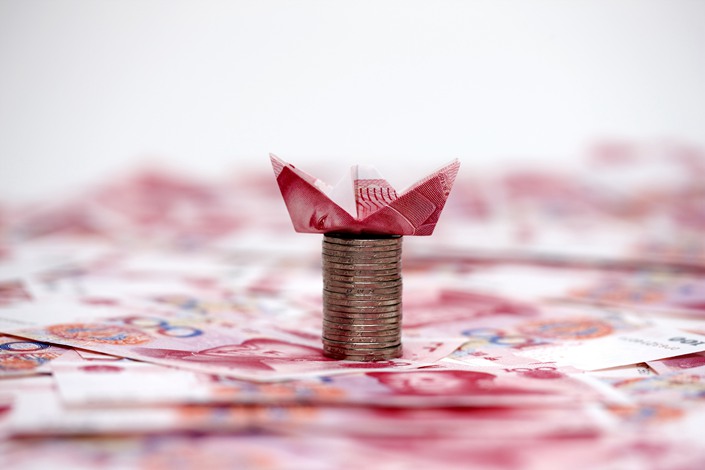 China’s highest court slashed the ceiling on interest rates for private loans protected by law by more than a third, part of a broader government strategy to stamp out usury and lower financing costs for small businesses and individuals.

The Supreme People’s Court (SPC) on Thursday amended (link in Chinese) the upper limit on interest rates offered by individuals and companies without a lending license. Only loans with rates at or below that level will give borrowers and lenders legal protection and court support to enforce collection. The cap, which is effective immediately, is now set at four times the one-year national loan prime rate (LPR).

The one-year national LPR, which is set on the 20th of each month, is currently 3.85%, putting the ceiling at 15.4%. The previous cap was set at 24% according to an SPC judicial interpretation released in 2015 (link in Chinese), which also said that private lending rates above 36% were illegal and that rates from 24% to 36% would be tolerated by the courts as long as borrowers were willing to pay.

Lowering the cap is aimed at boosting the development of small and midsize businesses, regulating and ensuring the stable development of private lending activities, and pushing forward the marketization of interest rates, He Xiaorong, a vice-ministerial member of the SPC’s judicial committee, said at a briefing (link in Chinese) Thursday.

The SPC flagged the change in a July 22 announcement that it was working on amending the judicial explanation for private lending so that it squares with the new Civil Code that codifies the legal system and sets out legal protection for Chinese citizens from cradle to grave. The code, which goes into effect on Jan 1, 2021, prohibits usurious borrowing costs and stipulates that interest rates must adhere to the “relevant regulations.”

China has long tolerated private lending, seeing it as a necessary supplement to the formal banking system to help get credit to small businesses traditionally shunned by banks who prefer to lend to less risky state-owned enterprises. There’s even an index of private lending rates – the Wenzhou Private Finance Index – which is widely considered a benchmark for private lending interest rates. It shows (link in Chinese) that private lending rates have fluctuated between 10% and 25% since 2012.

Although regulators have allowed private lending to proliferate, the past decade has seen a surge in unhealthy lending practices including exorbitant interest rates and predatory lending — where unscrupulous money lenders use various means to deceive or coerce borrowers to take out loans they don’t need or can’t afford and that carry unfair or abusive terms. That’s forced the government to take action to crack down on such activities.

The new ceiling for private loans with judicial protection is not as low as it could be, He told Thursday’s briefing, adding that the issue had been subject to a broad debate among “all walks of life.” A high limit would not only fail to protect borrowers and would also increase credit risks and moral hazard, he said. But an excessively low limit would have two consequences. First, it may discourage private lenders from providing credit and make it more difficult for borrowers to get loans which would exacerbate the imbalance between the supply and demand for capital. Second, it might drive private lending underground and encourage the proliferation of shadow banks.

But not everyone agrees with the decision to link the interest-rate cap to the LPR. Chen Wen, director of the digital economy research center of Southwestern University of Finance and Economics, wrote (link in Chinese) that while the old cap needed changing, it would have been better to make the adjustment formula more flexible so that rates could move based on the situation in the real economy.

But while the private lending rates subject to legal protection have now been capped at 15.4%, in reality, borrowing costs are much higher. A banking industry source who helps issue small and micro loans in the eastern industrial province of Jiangsu told Caixin that some lending intermediaries working with banks have reported annual interest rates at above 20%, with some even reaching as high as 36%. The source said one rural commercial bank has set its annual interest rate for small and micro loans at between 14% and 16%, but rates for borrowers who come via private lending intermediaries are usually 2 percentage points to 5 percentage points higher.

Some sources in the banking industry told Caixin they have doubts about the effectiveness of the new SPC limit. There will be private lenders who find ways to circumvent the rules by, for example, charging additional fees, deducting initial interest payments from the principal so that the effective interest rate is higher, and imposing default penalties.

Hu Yue and Guo Yingzhe contributed to this report.