By Ren Huilan and Timmy Shen 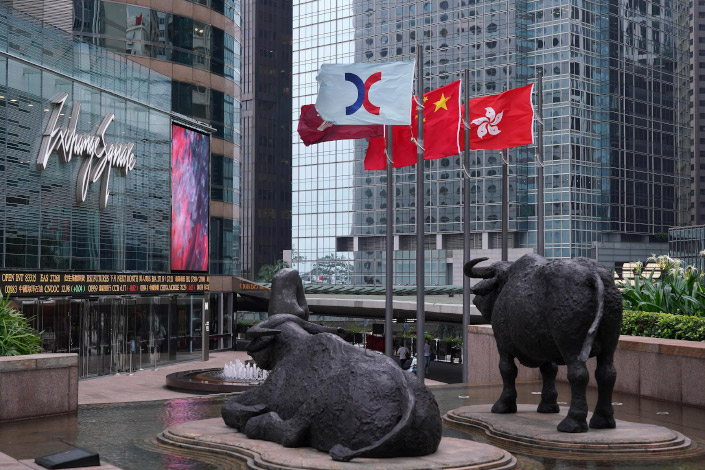 The head of China’s securities watchdog, Yi Huiman, said last year that financial fraud by some overseas-listed Chinese companies is a “tumor on the capital markets.”

And while the new Securities Law (link in Chinese), which took effec in March 2020, has helped regulators do more to fight this fraud — for instance in the Luckin Coffee Inc. case — there hasn’t been much progress in protecting Chinese mainland investors in these companies.

No one is more aware of this problem than the investors suffering from the fraud committed by a veterinary-drug maker with roots in China.

China Animal Healthcare Ltd. (CAH), a manufacturer of drugs for poultry and livestock that mainly operates on the Chinese mainland via several local subsidiaries, was registered in Bermuda and was for a time listed in Hong Kong. It entered liquidation in 2019, but two of its remaining valuable assets were transferred just around the time when the liquidators took over, and cross-border regulation hurdles have left investors with little recourse to protect their rights.

In August 2019, CAH filed a liquidation application to a Bermudan court. On Sept. 6 that year, the court gave the go-ahead, the company said in an October 2019 filing to the Hong Kong Stock Exchange. The court-appointed joint provisional liquidators were Roy Bailey from EY Bermuda Ltd., and Osman Mohammed Arab and Lai Wing Lun from accounting firm RSM Corporate Advisory (Hong Kong) Ltd.

The three liquidators were authorized to take possession of the company’s books and assets, investigate its affairs, and sell or dispose of any significant asset of CAH, according to the filing.

However, just as the court was granting the liquidation order, the company was moving its key mainland assets beyond the reach of the liquidators without their knowledge.

The day before the court gave the go-ahead, on Sept. 5, CAH’s indirect holding of a 72.16% stake in a pharmaceutical firm based in North China’s Shanxi province was transferred to a Beijing enterprise, according to the October filing.

Public records show Wuhan Xutaizhong was established in March 2019, only a few months before the asset transfer. Its General Manager Zhang Leilei used to work in CAH’s financial department.

The liquidators were left with a husk, and most of the money CAH received from the asset transfers, which one shareholder said were significantly undervalued, was moved away, knowledgeable sources told Caixin.

Incorporated in August 2007 in Bermuda, CAH went public in 2010 in Hong Kong. Its actual controller was Wang Yangang, who in 2017 resigned as chairman and CEO.

In March 2015, the company suspended the trading of its shares when it missed the filing deadline for its 2014 financial results. In September that year, its then auditor Deloitte resigned after it failed to verify the company’s bank balances. In January 2020, the company was delisted.

In 2017 when CAH’s shares were still suspended, it managed to secure investment from a Chinese food-maker, which would later claim it was duped.

Shenzhen-listed pork and aquatic food seller Tech-Bank Food Co. Ltd. in October 2017 announced (link in Chinese) that it would purchase 20.4% of CAH from Lilly Nederland Holding BV — a subsidiary of well-known American drugmaker Eli Lilly and Co. — which was the second-largest CAH shareholder.

Zhang Banghui, actual controller of Tech-Bank, told Caixin that Wang concealed the real reasons for CAH’s trading suspension and falsely claimed that malicious reports were the cause.

“At that time, the information he (Wang) gave us was all positive. He said that the company was so good that it could resume trading. But even if it could not resume trading, it could still generate good performance,” said Zhang.

What triggered the investment was likely the potential returns that could be generated if CAH ever resumed trading as well as revenue that could be earned off the back of its subsidiary Inner Mongolia Bigvet’s license to produce vaccines for foot-and-mouth, a highly contagious livestock disease. Tech-Bank said in a 2019 statement (link in Chinese) to the China Securities Regulatory Commission (CSRC) that its desire to expand its animal vaccine business was behind the investment.

Zhang even personally lent money to Wang’s family in the hope of being paid back in CAH shares and ending up as its largest shareholder. For example, Zhang told Caixin that in November 2017, he lent 110 million yuan ($17 million) to Wang.

As these returns failed to materialize, Zhang paid 200 million yuan for Tech-Bank’s CAH stake to take it off the company’s books in April 2019, in a bid to avoid the investment’s adverse impact on his own listed company.

Zhang blamed the failed investment on the information asymmetry between domestic investors and companies incorporated and listed overseas, as it was difficult to understand their real financial circumstances. “We didn’t know CAH was a mess when we invested. There was no publicly available information, and all we got was what its executives said about its financial situation,” said Zhang.

Indeed, shortly before the investment, CAH hired the accounting firm that would later contribute liquidators — RSM — to audit its books.

RSM was told by CAH that its subsidiaries’ financial documents were lost on Dec. 4, 2015, when they were being shipped from North China’s Hebei province to neighboring Beijing.

RSM’s audit, which was completed in June 2017, found CAH had faked its bank deposits, inflated its revenue and profits, and invented clients, according to a copy of the report seen by Caixin.

Caixin has reached out to Wang multiple times, but he declined to comment.

Since the liquidation of CAH, the liquidators have tried to claw back its assets using various approaches. They have made filings with the Beijing court that’s dealing with an application for the bankruptcy liquidation of a key CAH subsidiary, and contacted police in the Inner Mongolia autonomous region, Beijing and Shanghai, as well as the CSRC. However, there’s not much progress so far due to difficulties in cross-border regulation and law enforcement.

Lai, one of the liquidators, told Caixin that if a company that operates on the mainland and lists in Hong Kong or other overseas markets goes into bankruptcy, there is a risk of its mainland assets going missing. As a result of the complexity of cross-border regulation and law enforcement, investors in these companies often lack adequate protection, and there aren’t many resources to support overseas liquidators to recoup assets, he said.

Even though the new Securities Law authorizes the CSRC to exercise oversight on companies that operate on the mainland regardless of where they are listed or incorporated, there’s still a long way to go before this oversight can actually be exercised, Lai said.

CSRC Chairman Yi said in a June interview with Caixin that many Chinese companies that choose to list overseas, such as in the U.S. and Hong Kong, do not need to go through any procedure required by the Chinese regulator. Investors should take this into account when trading these stocks and factor this into the pricing, he said.

“Even so, we will strengthen cross-border regulatory cooperation with the destination’s regulators to jointly safeguard the legitimate rights and interests of investors from all countries,” Yi said.

The story has been updated to reflect that the liquidators have contacted the Beijing court that is dealing with an application for the bankruptcy liquidation of a CAH subsidiary.