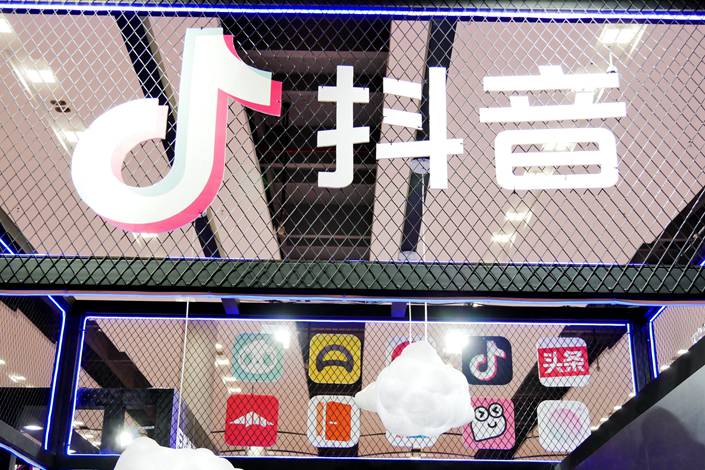 TikTok-owner ByteDance Ltd. has launched its own digital payment platform, setting the stage for the short video powerhouse to square off against China’s tech titans like Alibaba and Tencent in the massive e-commerce market.

Douyin, the sister app of TikTok for internet users in China, debuted its eponymous e-wallet Douyin Pay on Tuesday, putting itself in direct competition with Alipay and WeChat Pay by allowing users to purchase items from third-party vendors, buy virtual gifts for performers and pay to watch their shows, as well as buy goods during livestreamed e-commerce sessions. These sales events exploded into prominence in China last year, as consumers left homebound turned to online shopping and entertainment.

The launch comes as ByteDance accelerates its move into the nation’s e-commerce sector after it removed links to third-party shopping platforms like Taobao, JD.com and Pinduoduo from its app in October. Gross merchandise volume sold via livestreaming events more than tripled to over 400 billion yuan ($61.2 billion) in 2019 compared with the previous year, according to a report by consulting firm Bain and Co. Douyin held a 13% share by transactions of these scheduled selling sessions, according to Everbright Securities.

It has been just six months since company founder Zhang Yiming acquired Wuhan Hezhong Epro Technology Co. Ltd., which has a coveted online payment license, in August last year. The deal opened the door for ByteDance, which recorded some 600 million daily active users last year, and its subsidiaries to free themselves from financial intermediaries and now instead can pocket money directly from consumers.

Douyin’s online sales through e-commerce livestreaming is expected to continue gaining momentum, according to its in-house online retailer ranking, which projects the value of goods sold on the platform to have hit nearly 150 billion yuan last year. A modest estimate for 2021 would be 300 billion yuan, a senior manager in the company has previously told Caixin.

The company’s digital payment function can be activated after users complete real-name registrations with personal identity numbers — a unique 18-digit number assigned to Chinese citizens at birth — and bank account details. Under the terms shown to users when applying for the service, Douyin said it currently does not take commissions from actions like topping up online wallets, withdrawing cash or cash transfers, but does not rule out that this may be adjusted in future.

The option to purchase services or goods with Douyin Pay will be bumped to the top of the preference list on the users’ second attempt. The function will automatically be deactivated if users do not make a transaction within six months of opening their account.

The new payment option may benefit from being launched at a time when hundreds of millions across China are about to celebrate the annual Lunar New Year starting on Feb. 12, a time when in recent years it has become massively popular for relatives and friends to exchange digital “red envelopes” filled with cash for good luck.

Users will be able to send “red envelopes” via Douyin Pay, along with other options, a company spokesperson told Caixin, with more details of its plans for the Lunar New Year to be announced soon.