Kurt Campbell Speech: U.S. and China Should Be Able to Compete Stably 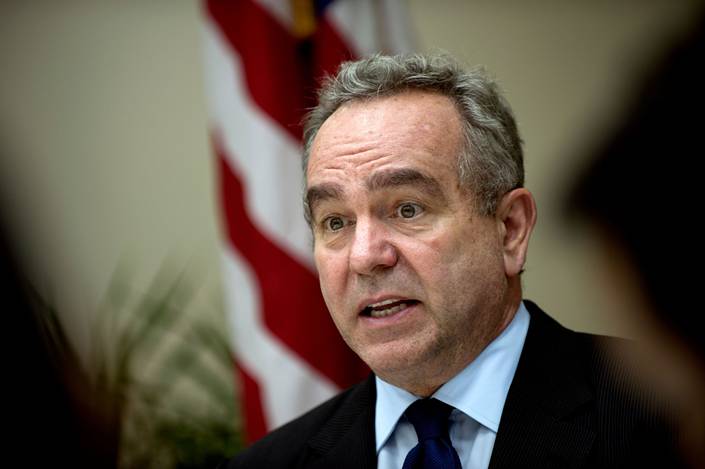 Kurt Campbell, chairman of the Asia Group, is the Indo-Pacific coordinator of U.S. President Joe Biden’s National Security Council. The article, edited for length and clarity, is based on remarks he delivered at a China Development Forum event on Nov. 13, 2020.

With respect to the foreign policy approach of the Biden administration, I agree very much with what we’ve heard from both Chinese and American speakers that the watchword for the relationship is likely to be “competition.” And there will be an attempt, I hope, that the modifier in front of that will be “stable.” Stable competition.

But it’s easier said than done. We have to recognize that in all likelihood, there will be enormous challenges ahead. We will have periods and moments in which we can work together. And there will be other times in which we clash into one another. There will be issues in which we express our misunderstandings directly, but I do believe that the overarching frame of relations will be a competition.

The first real element that you’re likely to see from the Biden administration is actually a focus on domestic issues: domestic investment, technology, investment, public-private partnerships. I think you will hear that one of the key elements of the competition with China will be investment in the United States that ultimately that for us to be effective, that this is not so much or just a military competition, but it’s mostly competition over technology and domestic capabilities.

I think you will see the [then] President-elect Biden trying to make common cause with Republicans on some of these areas with the recognition that this kind of competition externally can animate domestic cooperation. I think you will see much more focus on domestic investment and China as a rationale for some of the bipartisan engagement domestically.

The second issue is a much greater focus on a reorientation of American foreign policy and overall capacity along the lines that Craig Allen indicated. Let’s recall that the United States has essentially overinvested for decades in the Middle East and South Asia. You must not underestimate the challenge of building capacity for engaging in the Asia-Pacific region. So I hear very much what David Rubenstein indicated, about the expertise that you’ll find in the U.S. government.

More generally, I would tend to suggest that expertise over time is another way to think about it. I think there will be people with some expertise more generally. But building that cadre of people that have deep experience in Asia really is a project that is underway. In fact, President Trump helped advance that capacity, and I think that will continue as we go.

Thirdly, you will hear much more talk about working with allies, and not just Asian allies, but European allies and linking them in broader conversations. Some of those conversations will have to do with China.

I do not believe that will be a particularly easy endeavor. And I think for the United States to engage in those discussions, we have to do it from a perspective with some humility and recognizing the enormous challenges the United States is facing.

And I think many of these countries will look at the United States somewhat warily wondering how much has the United States changed in the age of Trump? And have we now somehow reverted to some different status quo or will, in fact, Trumpism live on. My own sense, is that it will turn out that President Trump will be one of the most influential presidents in American history, in ways that we may not welcome, but I think that reality is key.

You will also see the Biden administration and his team focusing a lot on institution building and reentering and rejoining institutions. A lot more focused on the WHO, the U.N. alike. I would expect the United States to be actively engaged in the architecture-building of Asia, such as the ASEAN regional forum, the East Asia summit. These are a long way away, but you’re going to see Americans much more engaged generally.

I think you will also see the United States more focused in many lateral engagements. I would not be surprised if the United States continues an active engagement in the Quadrilateral Security Dialogue and other engagements. The key here, the missing piece, is what is going to be the trade strategy. There is a need — a desire — across the region to see a coherent approach. And I believe that the Biden administration will place that out more generally.

Then finally, on China, more directly, there is recognition about rebuilding the bilateral institutions ― somewhere between the secretive kind of a high level engagement between the White House and China and this incredibly large strategic and economic dialogue ― a new mechanism that helps support advancing the bilateral interests of the two countries.

I very much agree with what we’ve heard that the United States and China need to focus on mechanisms that can prevent and deal with unintended crises or escalation alike when I was at the Pentagon and other parts of the State Department, we worked on these efforts. They’ve been very difficult. We’ve made very little progress. Ironically, for two such advanced countries, we have very few guardrails in a system that could prevent a problem should we face a crisis. I believe that it will be critically important.

I think what is remarkable about the U.S.-China relationship is we have almost no habits of cooperation. There are cooperations, and there are engagements on the business side, but in the official arena, very, very little. And building those habits of cooperation will be essential. My suggestion would be to start on smaller things that are away from the periphery, some development issues, perhaps the pandemic, and distributing the vaccine. Those will be important as we go for it, but we should not underestimate the challenges ahead.

Then lastly, I would just simply say, I think what lurks beneath the surface in most of the discussions across Asia — hopes in some capitals, fears in others — is that the United States is in the midst of a hurtling decline. Now, no one comes out and talks to you about it, because Asian friends are polite. But in fact, there is extraordinary worry about the role that the United States has played traditionally, the Pax Americana of supporting the operating system of Asia, that we’re no longer going to bear that burden.

Now the hope that I take comfort in is that we faced this situation many times before, during Vietnam, during the Korean War, at the end of the Cold War, during the global financial crisis. Many times, the United States has faced profound questions about our capacity; in each time we’ve managed to reinvent ourselves, find some deep reserves and resources. And my hope is that we will be able to do that again. But I do not think it’s wise to underestimate the challenges domestic, international — they are real and we will need help from friends as we make our way in the period ahead.