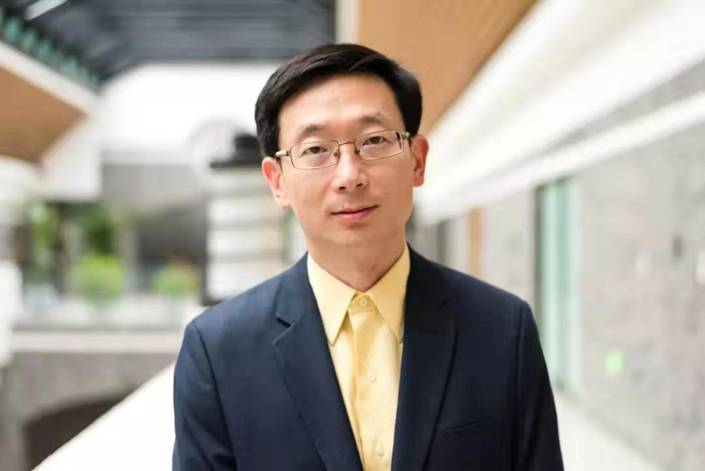 China’s Covid-19 vaccines may have won approval in a dozen countries for emergency use, but the failure to publish detailed trial data could undermine public trust, a leading researcher said in an interview.

Ding Sheng, dean of Tsinghua University’s School of Pharmaceutical Sciences and director of the Global Health Drug Discovery Institute (GHDDI), called for the original clinical trial data from Chinese experimental vaccines to be made public so that experts can better assess their efficacy and eliminate lingering safety concerns which have emerged in China and abroad.

“The clinical data (of our vaccines) need to be further disclosed,” Ding told Caixin last week.

GHDDI is co-founded by the Bill and Melinda Gates Foundation, Tsinghua University and the Beijing municipal government.

The drug development expert’s warning comes as China-developed vaccines are beginning to be rolled out for inoculation in some countries. So far, more than 65 million vaccine doses have been administered in more than 50 countries around the globe, with the vast majority of shots delivered coming from formulations developed by two Western groups, Pfizer-BioNTech and Moderna, according to Bloomberg.

Among Chinese developers, Sinovac’s CoronaVac vaccine is in various stages of approval in China, Bolivia, Turkey, Indonesia and Brazil, according to data from the U.S.-based Regulatory Affairs Professional Society. Sinopharm’s BBIBP-CorV immunization has received some level of authorization for use in China, Bahrain, the United Arab Emirates, Egypt, Jordan, Iraq, Pakistan and Serbia.

However, neither vaccine developer has disclosed sufficient trial data. CNBG previously said that its vaccine is 79.34% effective, but it didn’t reveal details of its Phase III clinical trials, such as the numbers of participants, their ages and how many confirmed infections were observed.

Meanwhile, Brazil’s Butantan Institute on Jan. 12 said that Sinovac’s CoronaVac had shown an efficacy rate of 50.38%, squeaking by the 50% mark required for the regulator to approve it, revising an initial claim by the institute just a few days earlier that the vaccine was 78% effective.

The Butantan Institute has released the methodology of its calculation of the efficacy rate, the number of cases with various symptoms and adverse reactions found in the studies, but the data has yet to be published on peer-reviewed journals for the world to scrutinize.

Those findings contrast sharply with findings by Turkish officials, which claimed in December that the efficacy rate of CoronaVac was 91.25% with more than 7,000 trial participants, but the Turkish government did not reveal any relevant trial data.

By comparison, studies on the two most widely adopted vaccines — BNT162b2 of Pfizer-BioNTech and mRNA-1273 of Moderna — have both been published in peer-reviewed journals. The trial data of the two vaccines, including participants’ age, gender, ethnicity, BMI, illness history and corresponding protection rates, were disclosed in detail in related documents filed to the U.S. Food and Drug Administration.

Ding, who trained at the California Institute of Technology and Scripps Research Institute and moved back to China in 2016, said that it is not uncommon to see varying results based on different calculation approaches to the same data set, but complete original data sets must be published to understand if a certain calculation makes sense.

The data submitted by vaccine developers to regulators could help medical professionals to make better judgments and enhance overall trust domestically and abroad, Ding said, allowing that it remains up to regulators to decide if they disclose such data. Companies also often choose not to make the data public, he said.

However, vaccine firms should at least reveal information about the definition of major and minor clinical trials, requirements for participants to enter trials, the number of participants and their specific status, as well as an analysis of any confirmed cases, Ding said.