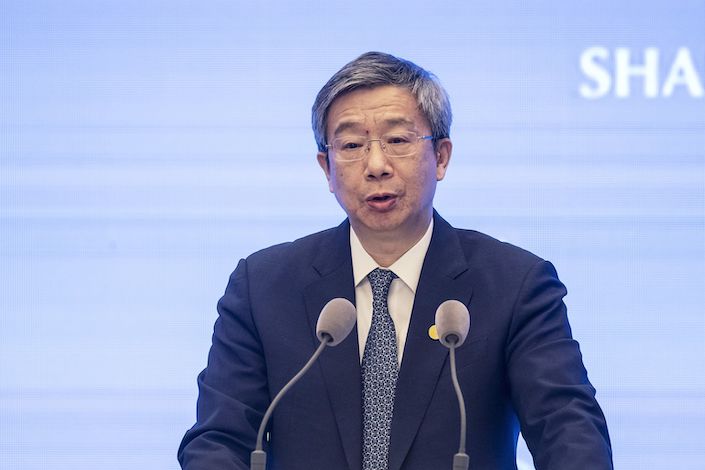 Monetary policy will continue to “prop up the economy,” Yi said Tuesday on a panel hosted by the World Economic Forum. Officials will remain mindful of risks, such as a rising macro leverage ratio and more nonperforming loans, he said.

“Looking forward, I think our monetary policy will continue,” he said. “We will keep a delicate balance between supporting the economic recovery, at the same time preventing risk.”

However, financial markets were roiled Tuesday after the central bank withdrew cash from the banking system and an adviser to the People’s Bank of China (PBOC) warned about asset bubbles. The PBOC drained about $12 billion of liquidity, an unusual move so close to the Lunar New Year holiday in February.

Ma Jun, an adviser to the central bank, said asset bubbles in the stock and property markets would continue if monetary policy remains unchanged.

“We will ensure that policy is consistent and stable and will not exit from supporting policy prematurely,” he said.

Yi said China will return to potential economic growth this year, with exports remaining “pretty strong” and consumer spending picking up. He also said authorities were making progress in boosting the contribution of consumption to the economy.

“Our saving rate is starting to decline a little bit every year,” he said. “That is a good indication that more growth is coming from consumption.”

Monetary and fiscal policy will focus on “maximizing employment” he said, and a stable labor market should “guarantee very good consumption.”