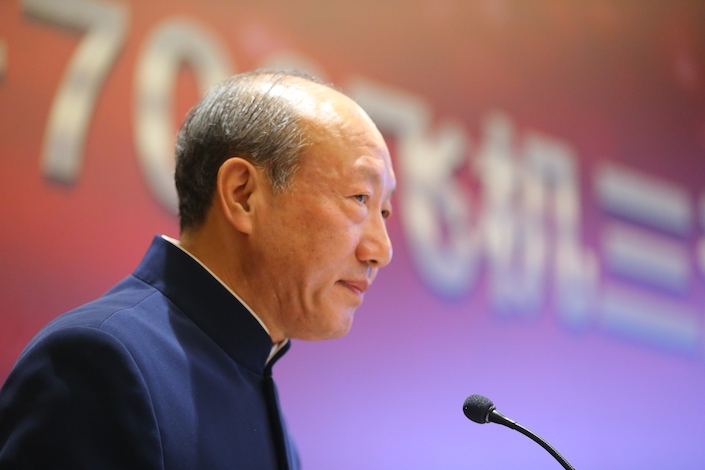 (Bloomberg) — A key Communist Party-led committee at troubled Chinese conglomerate HNA Group Co. left out co-founder Chen Feng from a list of members, raising doubts about his future at a group that’s now being managed by the state.

Chen, 67, who previously led the committee, is no longer part of it after an election Tuesday, according to a company statement. Chen’s exit from the important decision-making body with powers similar to the company’s board is a sign that he’s losing control of the group, the South China Morning Post reported Wednesday. Representatives of HNA declined to comment.

Once a prominent shareholder of companies like Hilton Worldwide Holdings Inc. and Deutsche Bank AG, HNA is the embodiment of a short-lived era when Chinese conglomerates expanded aggressively with global acquisitions fueled by debt. Even after shedding assets, the group is weighed down by more than $75 billion of debt. The core aviation business suffered during the coronavirus pandemic, triggering the government of Hainan — the southern island province where HNA is based — to take charge in February last year.

The party committee will now be led by Gu Gang, who heads a government-appointed working group overseeing the company’s liquidity risk. Chen remains chairman of the company. The working group has finalized a plan to manage HNA’s risks, and the next step will be execution, the company said in a statement late last week. Marking the end of the first phase of the program, Gu resigned as HNA’s executive chairman but keeps his leading role in the working group.

Last year, a Chinese court clamped down on Chen’s ability to spend on nonessential items such as traveling for leisure and purchasing property after HNA failed to comply with a ruling in a contract dispute case. Chen, along with partner Wang Jian, founded HNA in 1993, starting with Hainan Airlines. Wang died in 2018 after a fall from a high wall in a southern French village.

Since 2018, HNA has sold tens of billions of dollars of assets including the stakes in Hilton Worldwide and Deutsche Bank — purchases that brought the company into the international limelight between 2016 and 2017.