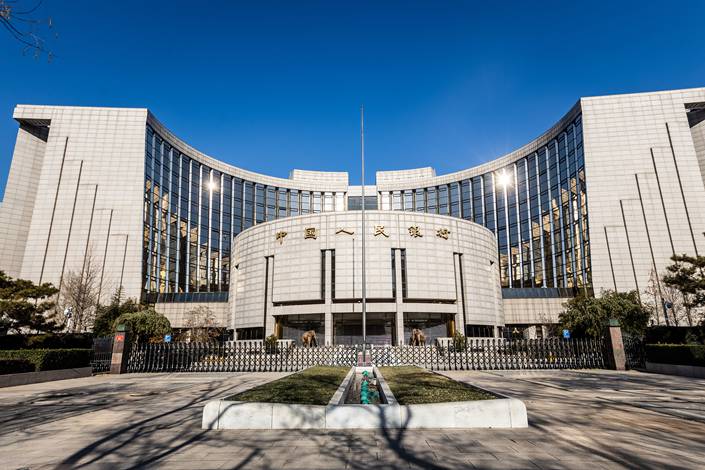 The People’s Bank of China headquarters in Beijing.

Both bond and stock markets were unsettled on Tuesday by two seemingly coordinated events.

First, the People’s Bank of China (PBOC) only did a small open-market operation of 2 billion yuan ($309 million) when liquidity was obviously tight, sending the seven-day repo rate to above 3%.

Second, Ma Jun, a PBOC monetary policy committee member, warned that bubbles are appearing in the stock and property markets, which are related to monetary easing and will be further inflated if monetary policy is not shifted appropriately.

Is this the turning point for monetary policy? Should markets expect a sharp shift in the PBOC’s stance? Will interbank rates and bond yields rise rapidly? Will credit growth stumble? We don’t think so.

Some corrections in the buoyant stock markets may not be a bad thing, but we think markets are overly concerned about an imminent monetary tightening in China.

Now the question is why liquidity is so tight. The PBOC’s open-market operation can be insufficient if it overlooks or underestimates certain factors, leading to excessive fluctuations in interbank rates. The central bank should step up its efforts in studying onshore liquidity management issues brought by yuan appreciation and internationalization, to improve its open-market operations.

We think three special factors have contributed to tight interbank liquidity in the past few weeks: higher conversion of export proceeds to the yuan, a surge in investment flow from the Chinese mainland to Hong Kong through the Stock Connect program, and bigger settlements for imports in the yuan.

We think the PBOC may not have recognized these factors fully and may have inadvertently made the onshore liquidity situation too tight. With stabilizing interbank rates increasingly important in the central bank’s monetary policy framework, we think the cautious PBOC will soon address the tight liquidity situation.

First, the appreciation of the yuan against both the U.S. dollar and its CFETS (China Foreign Exchange Trade System) currency basket may reduce interbank liquidity via two channels: a higher conversion of export proceeds into the yuan and bigger payments for imports in the currency.

Since the beginning of June, due to the successful containment of the coronavirus and strong exports, the yuan has appreciated steadily against the U.S. dollar by 10% and its CFETS basket by 5%. Initially, corporates and households doubted whether the appreciation would be sustainable, and they still held onto their foreign exchange (FX) deposits. But with the steady yuan appreciation for several months, especially with the sharp appreciation in November, the belief in a strong yuan finally took hold in December, resulting in a surge in the conversion of FX deposits and export proceeds.

Corporate and household FX deposits dropped by $1.6 billion in December, compared with an increase of $13.3 billion in November and $28.9 billion in October.

Second, the amount of mainland investment in Hong Kong stocks surged. In the past, the flows of investment from both sides through the Stock Connect program were relatively balanced, in the sense that the annual difference between the two flows was relatively small. But since mid-2020 the situation has changed dramatically, resulting in net outflows from the mainland of 177.4 billion yuan and 57.1 billion yuan in the third quarter and the fourth, respectively. Then in the first 26 days of January alone, net outflows amounted to 175.8 billion yuan. Such a big outflow may have also contributed to tight liquidity on the mainland.

Third, yuan settlements in cross-border trade rose. Thanks to the yuan appreciation, Chinese importers have found it much easier to settle their imports in the yuan, and overseas exporters are much more willing to receive the yuan for their exports to China. The end result is a rapid rise in payments for imports in the yuan and net outflows of the yuan. For example, the ratio of payments to receipts for cross-border settlement averaged 1.8 — meaning for every receipt of one yuan, China pays 1.8 yuan for imports — between 2011 and 2014, when the yuan was appreciating against the U.S. dollar. In these four years, yuan deposits in Hong Kong surged from 315 billion yuan at the end of 2010 to 1 trillion yuan at the end of 2014.

Some have said that the PBOC could tighten liquidity to curb property bubbles. I think this sentiment is farfetched. Property market bubbles are concentrated in a few top-tier cities such as Shanghai and Shenzhen. The 100-city home price index rose 3.5% year-on-year in December, which was much lower than the average annual price increases from 2015 to 2019. This means that property bubbles in those top-tier cities are results of many other factors. Last year, the government did not stimulate the property industry but instead rolled out the “three red lines” policy to tighten property developers’ borrowing and another policy to curb banks’ real estate lending.

In addition, the PBOC may have a legitimate concern that overly loose monetary policy could lead to stock market bubbles in Hong Kong, but tightening onshore liquidity during the pandemic to cool down an offshore stock market seems farfetched and too costly.