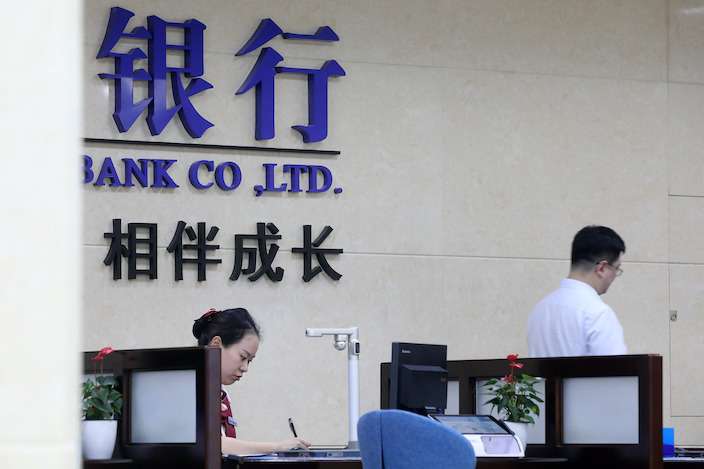 For China’s biggest state-owned banks, the ratio of outstanding property loans to total loans will be capped at 40%.

All domestic banks’ outstanding property loans as a proportion of total loans, as well as their ratio of outstanding mortgages to total loans, should both be capped under a five-tiered system, the authorities ruled.

For China’s big four state-owned banks, along with China Development Bank, Bank of Communications and Postal Savings Bank of China, the ratio of outstanding property loans to total loans will be capped at 40% and outstanding mortgages as a proportion of total loans will be capped at 32.5%, the People’s Bank of China and the China Banking and Insurance Regulatory Commission said in a joint statement.

For smaller city and rural commercial banks, rural cooperative banks and credit cooperatives, the two ratios are capped at 22.5% and 17.5%. The strictest limits apply to small village banks, which can lend only 12.5% of their portfolios to real estate developers and 7.5% to homeowners.

Among the larger banks, China Construction Bank, Postal Savings Bank of China, China Merchants Bank, Industrial Bank, Shanghai Pudong Development Bank and Ping An Bank currently exceed at least one of the limits, according to estimates by Guosheng Securities Co. Ltd. Many city commercial banks have also exceeded the caps.

Regulators said the requirements could be adjusted upward or downward depending on a region’s economic performance.

The new rules will take effect Jan. 1. Banks that do not meet the requirements will be granted an unspecified grace period, the regulators said. If they miss the requirements by less than 2 percentage points, they will be granted a grace period of two years, Caixin learned from people close to the regulators. If they miss by more than 2 percentage points, the grace period would be three to five years, the people said.

The new rules follow a series of measures to curb over lending to the property sector, which was seen as contributing to a price bubble and adding to risks in the financial system.

China’s property developers already face stricter borrowing limits after regulators issued a “three red lines” directive in August, setting caps on the amount developers could borrow in relation to their cash on hand, the value of their assets and as a proportion of equity in their businesses.

China’s 12 top developers were selected to test the “three red lines” directive before a potential rollout to all builders. The ability of these developers to borrow more money will be subject to a liability-to-asset ratio (excluding presales) of no more than 70%, a net debt-to-equity ratio of less than 100%, and cash holdings at least equal to short-term debt. Companies that step over all three red lines will be banned from taking on more debt.

Since August, developers have been working hard to bring their finances into line with the regulations. At the end of the third quarter, the overall net debt-to-equity ratio of 130 Chinese mainland-listed real estate companies fell to 90.9% from 99.7% in the same period last year, according to a report by property analysts at brokerage Shenwan Hongyuan Securities Co. Ltd.