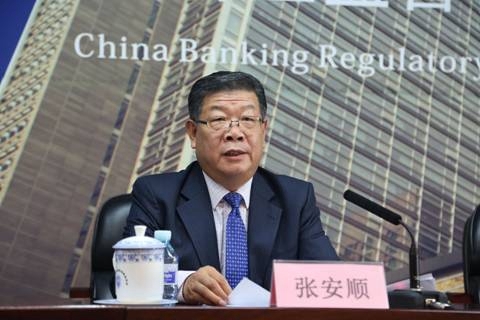 An investigation of Zhang found severe violations of party discipline and law, including bribery and power abuse, the Central Commission for Discipline Inspection said Thursday.

Zhang engaged in superstitious activities, accepted gifts and attended banquets that allegedly affected his ability to carry out official duties, the anti-graft agency said. He is also accused of using his power to benefit certain individuals and undermine financial market supervision.

The background: The investigation of Zhang was announced in July 2020, about a year after his retirement. He was among a string of financial officials in Shanxi probed since last summer amid a major crackdown on the province’s scandal-plagued rural banking sector.

Many of the suspected officials were linked to the Shanxi Rural Credit Union, the nexus of a vast financial network covering financial institutions focusing on rural borrowers and depositors in Shanxi. Caixin learned that the Shanxi Rural Credit Union was caught up in a major scandal as tens of billions of yuan were lost because of embezzlement of loans and other illegal activities.

Zhang is a veteran financial regulatory official with an early career in the central bank system. He was the head of the CBIRC’s Shanxi branch between 2015 and 2018.